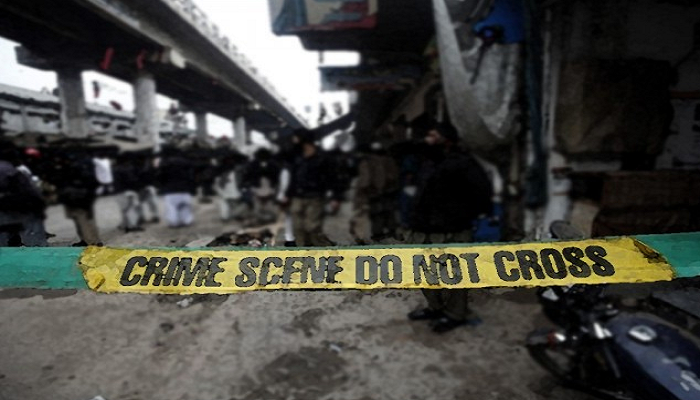 Unidentified men killed a Hindu trader Santosh in Balochistan while he was sitting at a shop. The incident has come to light from Quetta with angry locals protesting against the latest target killing.

A shutdown call was given in the market.

Baloch activist Jan Baaz Bugti has said that this was done by ISI although this cannot be established but Sindhi nationalist groups have also accused the ISI of running target killing campaigns against them.

A #Hindu civilian has been target killed by pakistani terrorist #ISI in Chaman #Balochistan, #IndiaForBalochistan pic.twitter.com/ero2R3iRRv

Hindus do small time trading to survive in the restive Balochistan and very few have been able to survive due to the prevailing hostile conditions.

In July, Hindu community was again at the receiving end in Balochistan as it faced 5 robberies in one week. The Hindu community in anger did a shutter down strike as it felt that targeting Hindu shops was ‘a routine’ thing and said that police never takes any action against the criminals who target this minority group.

Hindus in Balochistan live under fear

Hindu traders are also kidnapped for ransom like it happened in the year 2012, as Tribune.com.pk reported, when Denesh Kumar, Retesh Kumar and Ratan Kumar were on their way back after attending a family gathering when they were intercepted by unidentified men at the Jiwa intersection of the RCD Highway in the Surab tehsil of Kalat. Even a senior Hindu Priest was abducted in 2012 who was released after a huge ransom was paid.This was the time when these crimes against Hindus in Balochistan did get some space in the mainstream Pakistani media. The crimes against Hindus in this restive region hardly ever gets covered as Pakistani media does not wish to get into trouble with the ISI.

What is surprising, however, is that the unidentified men keep appearing and really know ‘who is a Hindu’ despite this community living like other religious groups in Balochistan.

Meanwhile, it seems that Allah Nazar Baloch, Founder of Baloch Students Organization, is still alive. He was earlier claimed to be dead by Pakistan:

More than six thousand houses burnt in Awaran Balochistan this year alone. Where is the UN and other Human Rights champions of the world?

Dark days ahead for Hindus in Balochistan?

Baloch activists are busy championing their ‘free Balochistan’ cause and are also getting huge support from the Hindu-majority India, this will end up creating, even more troubles for the minority Hindus living in the region, as ISI has troubles understanding that Hindus does not equal ‘Indians.’

In 2006, Hindu American Foundation had noted that the Pakistani forces had fired rockets on a Hindu locality in the Bugti area of Balochistan on January 20, 2006, to orchestrate a mass exodus. In this attack, 2 women and 4 children were also injured.

However, what many analysts have failed to see is that despite a few hundred thousand Hindus still living in Balochistan, their casualty numbers are never less.

In fact, when the Pakistani forces entered the Kohlu district on December 18, 2005, as part of the peace pact between Baloch freedom fighters and Pakistan which lasted for 9 months, 33 Hindu Balochs and 27 Muslim Balochs were killed. For a minority that is hardly two percent of the total Pakistan population, with no history of violence against the state, and who hardly has any significant numbers in Balochistan to get killed in such disproportionate numbers smacks of serious conspiracy and organized hatred.