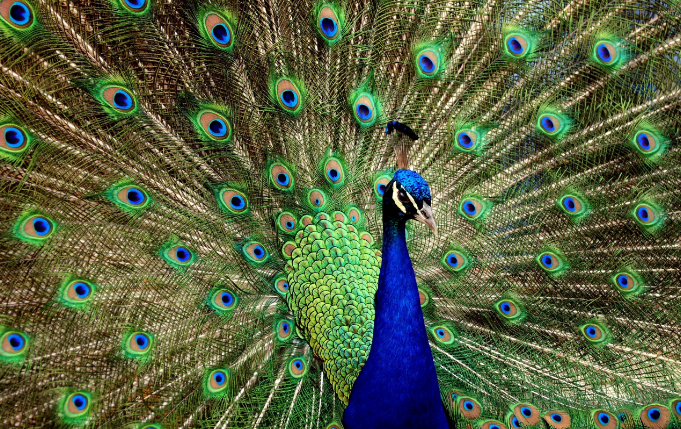 Australian Capital Territory (ACT) Government is still thinking to “develop a plan for managing the peafowl” when the vast majority of respondents “supported the retention of the peafowl” when it asked for public opinion recently.

Of the 411 submissions ACT Government received during the consultation (public comment) period on the issue recently, 233 (approx. 57%) directly supported the retention of the peafowl population, including two petitions with over 1,780 signatories in support of retaining the peafowl population; while only 60 (approx. 14%) supported their removal. Out of the remaining 118 ((approx. 29%), 117 were also critical of the Plan, while one requested further information, reports suggest.

Zed, who is the President of Universal Society of Hinduism, said that instead of going against the wishes of the majority community by continuing with “peafowl management”; ACT Government should show some maturity and find something constructive to do with tax dollars instead of being just obsessed with peafowl management. The Peacock did not need any so-called “management”, Zed added.

Hindus had denounced the Peafowl Management Plan as hurting their sentiments as peacocks are revered and played an important role in Hinduism. Rajan Zed is urging ACT Chief Minister Andrew Barr and Director-General of Transport Canberra and City Services Emma Thomas to bypass peacock management proposals and instead think of spreading the population throughout entire ACT of majestic and gorgeous peacock; which symbolized grace, love and beauty; brought joy and harmony to the mind; and reminded celebration of life.

Zed pointed out that in Hinduism, the peacock was mount of Lord Karttikeya (Skanda, Murugan), the god of war. Its feathers adorned the head of Lord Krishna, an avatar of Lord Vishnu and subject of major Hindu scriptures such as the Bhagavad-Gita and Bhagavad-Purana. It was also associated with other Hindu deities like goddess of knowledge Saraswati, god of storms Lord Indra, etc. Moreover, it was considered auspicious and Hindu families kept peacock feathers in their home shrines.

The gentle bird Peacock has coexisted harmoniously with humans in Australia since 1800s and should be preserved/protected for upcoming generations if ACT wanted to continue to claim the title as the happiest and most livable city in Australia, Rajan Zed indicated.

Zed further said that besides Hindus, peacocks enjoyed a considerable support in a big sector of ACT community which liked having peacocks around, admiring their iridescent green and blue long tail covert (the train) with feathers bearing colorful eyespots and their complex dance.

Rajan Zed stated that environmental impacts of ACT peacock population were likely to be negligible and they had not been declared an environmental pest anywhere in Australia. Moreover, their activities had not been identified as a key threatening process or a pest species under the relevant Commonwealth or ACT Government legislation. They were not causing an unacceptable damage to social or economic assets of ACT. Their impact on native species populations was minor and there were no reports of humans/livestock contracting disease/parasite from peacocks. And, there were animal welfare issues and costs associated.

Zed noted that ACT government should show respect to the religious sentiments of communities. Feeding birds was intrinsic to Hinduism and many started their day by feeding them as an act of kindness and religious duty. Ancient Shvetashvatara Upanishad identified Self with bird: He is the blue bird, he is the green bird.