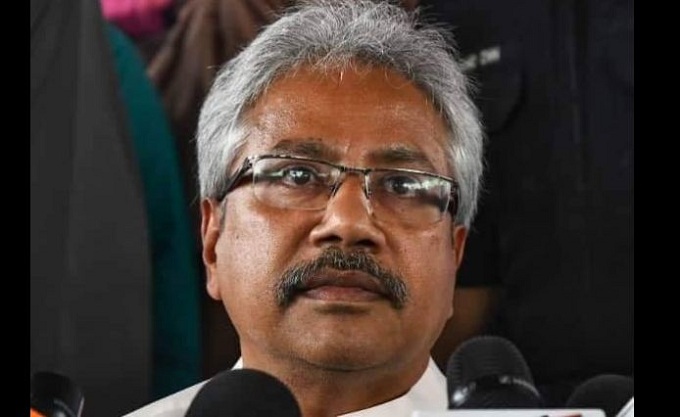 HINDRAF founder Waytha Moorthy Ponnusamy needs no introduction. He is of Indian origin and we Indians back home recognize him as one of the widely respected figures in Malaysia.

Waytha has been in news for his epic battles for the rights of Malaysian Indians, marginalized communities like the Orang Asli, and also for his unapologetic righteous stances. His peaceful protests against human and religious rights violations have endeared him to the masses in Malaysia.

Waytha Moorthy became a Senator on 17 July last year when he became the Minister of Unity and Social Well Being under the current Pakatan Harapan government administration making him the first human rights worker from any NGO to achieve this status.

It was, therefore, expected that his stint as a Minister would mean him championing causes of human rights which remain buried under the carpet.

A vocal supporter of Orang Asli rights, he is now putting his weight behind the marginalized community which depends on the ancestral land for economic and cultural backup.

Waytha is empathetic to the cause of the indigenous Orang Asli, calling the community ‘as the First people of the Country’ he said ‘that the community deserves all the protection that they can get from the federal government.’

He also added that a free, prior and informed consent is one of the key principles in relation to indigenous peoples’ rights to their lands, territories, and resources and it is the duty and obligation of the state governments to obtain, indigenous peoples’ consent in relation to their interests in lands, territories and resources that they had roamed or inhabited since time immemorial, while backing the lawsuit filed by Putrajaya against the Kelantan government over encroachments into Orang Asli settlements which drew the ire of even the Amnesty International.

Waytha said that even with all the current laws and policies there have been ‘too many encroachments into the land of the indigenous people without prior consent which infringes into their way of life and deprives them to preserve their own sense of identity and dignity as a people.’

When asked to comment on the move, Waytha told Currentriggers.com, that he as the federal Minister in charge of Orang Asli is ‘proud’ of the move.

Malaysian lawyer Siti Kasim who had earlier backed Waytha when there were calls for him to resign last month would be a proud supporter today. During the fiasco, she had backed Waytha and had quipped that Waytha is working for unity in Malaysia.

Siti Kasim said that Waytha is not working for just Hindus and Indians or on the basis of race or religion and that he is “working really hard” for the Orang Asli community.

Now, it is time for his hard work for Orang Asli to bear fruits.