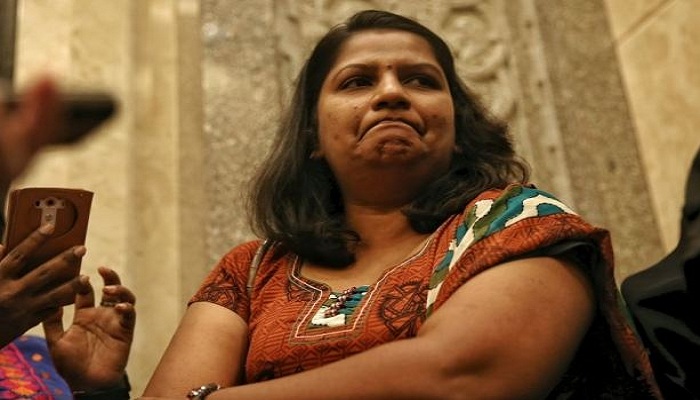 Malaysia is seeing a unique case, a Hindu woman is fighting against a forced conversion case of her children and the one she is accusing is none other than the children’s father.

It all began with a domestic discord that the Hindu mother, Indira Gandhi, had with her husband Pathmanathan. One day the man converted to Islam, the date was March 11 2009, and everything changed from then on.

From Pathmanathan he became Muhammad Riduan Abdullah and later he absconded from their shared space three weeks later, with their youngest child.

On April 2, 2009, Abdullah converted all the three children to Islam without Indira’s consent or without the knowledge and presence of even his children! Later he moved the Shariah courts of Malaysia to get their custody. From then on, Indira has fought on against her husband in a Muslim-majority Malaysia where every conversion of a non-Muslim is an acceptable norm and checks and balances are nil.

The good news is that Indira’s daughter Tevi Darsiny is now 19 and hence no more a minor while her brother Karan Dinish turned 18 in October. They are now eligible to pursue the faith of their choosing in Malaysia but the third child, 8-year-old Prasana Diksa, is still a minor and Indira hopes to get him justice in the nation.

The Federal Court of Malaysia heard her appeal recently where her lawyer Fahri Azzat underlined everything that was wrong in the case and why granting unilateral conversion by either of the spouse is a worrisome sign:

“The other spouse will not know what is being done behind his or her back.”

FreeMalaysiaToday.Com reported the case proceedings and reported the lawyer pleading with the court to grant both the spouses the right to decide on the conversion of their children if they are minors.

Can the courts in Malaysia be as brave as Indira?

Meanwhile, the Deputy Chief Minister (II) of Penang, Prof. Dr. Ramasawmy underlined that while Indira is fighting against the system, Abdullah, evading court proceedings with ease, perhaps has the system behind him. He said:

Without the support of some powerful forces, Ridhuan Abdullah would not have dared to stay away from the court. It makes a mockery of court proceedings if a person who has been summoned to appear conveniently stays away.

Will Indira finally be able to defeat the system? That is one question that she would earnestly seek the answer for. But whether she wins or not, her fight has been anything less than phenomenal and inspiring.