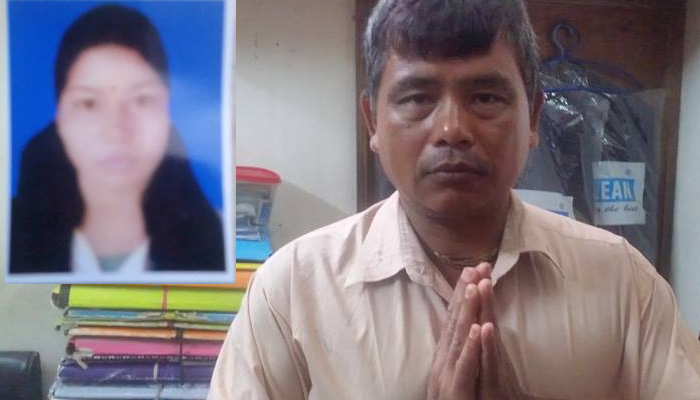 Hindu Schoolgirl, Chandana Rani Roy, aged 15 was kidnapped for forceful conversion to Islam on 1st of July,2018 at Rangpur District of Bangladesh. Father made an appeal to Bangladesh Minority Watch (BDMW) for rescuing the victim girl.

BDMW has said that on the day of her abduction at about 10 am the victim girl was going to her school, Pagla Peer School and College when she was intercepted near Horkoli Petrol pump by the kidnappers and was forced into a micro-bus.

The victim did try to raise an alarm but bystanders failed to take action.

The father and mother tried to rescue her through negotiation but failed. It is believed that these perpetrators hold some clout in the area and hence even the police are failing to recover the girl. The perpetrators have been identified by the BDMW team and they are:

There are apprehensions that the minor Hindu girl may get married off to keep her from going back to her parents.

Girl tortured for refusing to convert to Islam, condition serious

BDMW has demanded, therefore, that the so-called marriage, if made, the act of marriage must be declared as illegal.