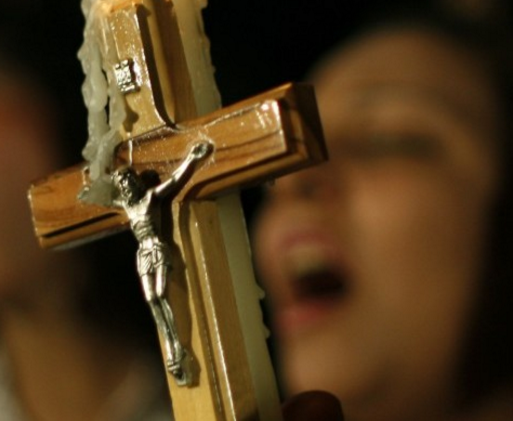 Egypt, July 26, 2016: The The Middle East Media Research Institute (MEMRI) has reported that a strong Muslim mob attacked the minority Copts, who practice Christianity, as it felt that it was constructing a Church.

The mob attacked the Copts in the Beni Suef Village in Egypt after the rumors of a Church construction went wild.

Memri has also shared a video in which a Copt kid is seen getting afraid as the shouting mob nears their home. As per MEMRI, it was posted on YouTube on July 22, 2016, and later went viral.

The video shows the Muslim mob throwing stones at families in the village of Saft Al-Kharsa in the Beni Suef governorate.

These attacks took place after the Friday sermons at the local mosques. The angry mob took the law into their hands as the Copts were charged with having converted their homes into Churches.

Albawaba.com has reported that the tension came to a boiling point when the security forces a Copt named Ishaq Fahim, whose home was used as a Church.

Fahim converted his home for the Copts, as the nearest Church was 10 km away and in another village.

Post the riot Fahim has been arrested along with other rioters and he is being asked to give it into writing that he won’t turn his home into a Church.

Egypt is a moderate Muslim nation but the promotion of other religions can have serious consequences. To watch the video, click here.

In Egypt itself, a 70-year old Christian woman was beaten, stripped and paraded naked on the streets to avenge the honor of the majority.

What led to the atrocity was the rumor of an affair between a Christian man and a Muslim woman which led a 300-strong Muslim crowd to come out chanting Allahu-Akbar and strip the elderly lady. The mob also burned down houses of the Copts during the parade.