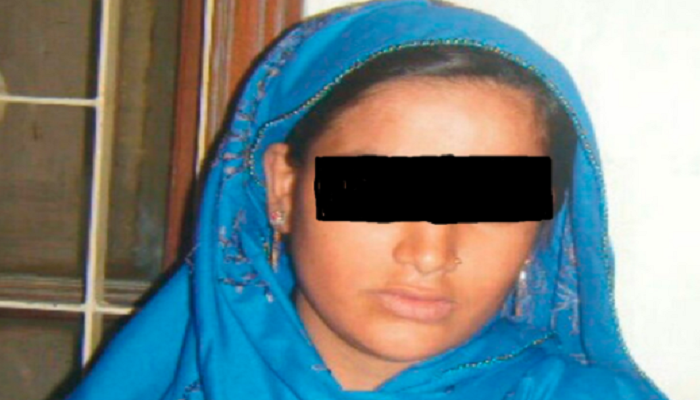 She was kidnapped by Majid Leghari and others from her parental house.

After kidnapping and torture, the kidnappers kept her at different places and raped her taking turns, on gunpoint.

The rapists kept shifting her from place to place to make sure they never got caught.

But Pooja took her chance and on 28.08.2016 she was able to escape from their clutches and ran away to her parents house where she disclosed the heinous crimes that were committed against her, hoping that at least now her ordeal was over. She couldn’t be more wrong.

Pak Hindu girl escaped from the confinement but the tyranny continued

The Pak Hindu girl found to her horror that to save her son the mother of Majid Leghari was willing to go the extra mile.

Mother of the rapist Majid Leghari went ahead and filed a FIR against her parents stating that her parents kidnapped Pooja who came to live with her son on her own.

As the result of the complaint the father and other relatives of the Hindu girl Pooja were arrested.

However, the charges were before the High court through senior advocate Bhagwan Das Bheel and the FIR was quashed and the parents of the Pak Hindu girl were released.

The High Court has directed the IG Sindh to conduct an inquiry. The inquiry went in the favor of Pooja leading to much relief.