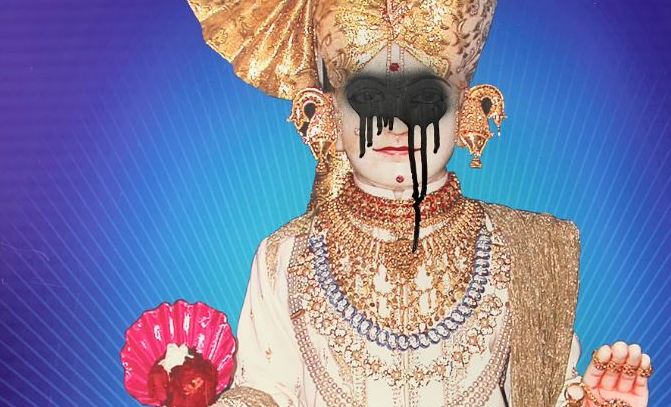 American Hindu community is in shock after a Hindu Temple of Louisville, Kentucky, was vandalized by radicals this week with hate-filled slogans in what the police are calling ‘ hate crime’ directed against the Hindus.

Hindu American Foundation Director of Government Relations Jay Kansara in a statement said that this ‘it’s no secret that hate crimes are on the rise against Hindus in the United States. We at HAF are shocked but sadly not surprised by this ugly incident of vandalism, apparently by Christian supremacists unable to tolerate minority faiths in Louisville.’

The attack reportedly happened sometime in between the mornings of January 28 and 29 when the unknown radicals broke inside through a window at Louisville’s Swaminarayan Temple leaving the glass shattered on the floor. 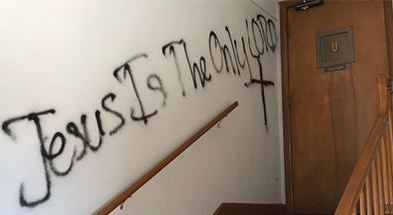 It is unclear how many radicals were involved in the crime so far.

Another American Missionary puts endangered tribe at ‘risk,’ could be tried for Genocide!

This, however, is not the first time that the Hindus have been targeted for their faith.

A message going doing the rounds, and confirmed by Currentriggers.com, on the Whatsapp appeals:

“Please come to the Temple with paint brushes, trash bags, cleaning supplies and – most importantly – your love from 10 a.m. to 1 p.m. on Saturday, February 2. Let’s show our support for our Hindu brothers and sisters and demonstrate to our community that compassion is the foundation of peace in our world of many faith traditions and cultures.”

Saddened by the reprehensible and inexcusable vandalism that occurred at a Hindu temple in Louisville…In a state & nation that protect and celebrate religious liberty, this is unacceptable…Police investigators are working hard to find the perpetrators…Justice will be served

The vandalism of Swaminarayan Temple was a cowardly and abhorrent act, a sad reminder of the presence of bigots among us who feel emboldened as of late. I stand with the Hindu community in rejecting this hatred.