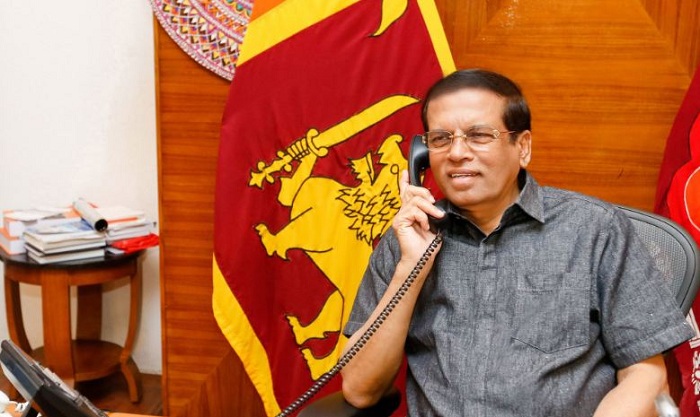 Sri Lanka’s president Maithripala Sirisena called Indian Prime Minister Narendra Modi and denied that he made any comments with regards to Indian Intelligence plotting to kill him. A report was carried in an Indian newspaper ‘The Hindu’ which also published that the Sri Lankan President Maithripala Sirisena made these comments at a cabinet meeting much to the shock of the assembled Sri Lankan ministers.

As the news went viral, the President of Sri Lanka Maithripala Sirisena called Prime Minister Modi and spoke to him yesterday.

The President of Sri Lanka stated that he categorically rejected the reports in sections of media about him alluding to the involvement of India in any manner whatsoever in an alleged plot to assassinate the President and a former Defence Secretary of Sri Lanka.

Maithripala Sirisena mentioned that the mischievous and malafide reports were utterly baseless and false, and seemed intended to create misunderstanding between the two leaders as well as damage the cordial relations between the two friendly neighbours.

The President apprised the Prime Minister of the urgent steps taken by him personally and the Government of Sri Lanka to publicly reject these reports. In this context, he also recalled his meeting with the High Commissioner of India to Sri Lanka yesterday morning.

Prime Minister Modi appreciated the prompt steps taken by the President and his Government to firmly refute the malicious reports by publicly clarifying the matters. He also reiterated India’s emphasis on ‘neighbourhood first’ policy and the priority the Government of India and he personally attach to developing even stronger all-round cooperation between the two countries. It is widely hoped that the issue will end here.