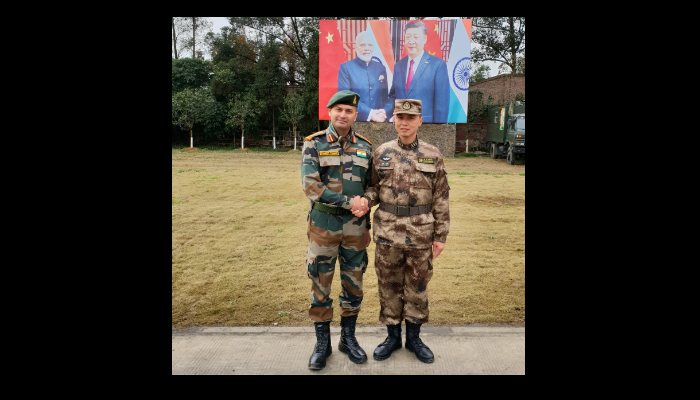 External Affairs Minister (EAM) paid an official visit to China on 12 August for the 2nd meeting of the High Level Mechanism on Cultural and People-to-People Exchanges. He had a cordial meeting with Vice President Wang Qishan in the morning where he discussed the evolving global situation and the larger rebalancing that reflected the rise of India and China as two large developing countries. External Affairs Minister thereafter had detailed and productive discussions with Foreign Minister Wang Yi.

During the bilateral meeting, Chinese Foreign Minister also brought up developments pertaining to legislation passed recently by the Indian Parliament on Jammu & Kashmir. EAM conveyed that this was an internal matter for India. The issue related to changes in a temporary provision of the Constitution of India and was the sole prerogative of the country. The legislative measures were aimed at promoting better governance and socio-economic development. There was no implication for either the external boundaries of India or the Line of Actual Control (LAC) with China. India was not raising any additional territorial claims. The Chinese concerns in this regard were therefore misplaced. EAM also conveyed that so far as the India China boundary question was concerned the two sides had agreed to a fair, reasonable and mutually acceptable settlement of the Boundary Question on the basis of the 2005 Political Parameters and Guiding Principles.

The Chinese Foreign Minister also referred to rising tensions between India and Pakistan as a result of these changes. EAM emphasised that these changes had no bearing on Pakistan as it was an internal matter. It did not impact the LoC. Where India Pakistan relations are concerned, Chinese side should base its assessment on realities. India, as a responsible power, had shown restraint in face of provocative Pakistani rhetoric and actions. India has always stood for normalisation of the ties in an atmosphere free of terror.