In the blog post, he also mentions that Indian heroes have long inspired him to name several animals of Black Jaguar White Tiger Foundation after them.

“Only in India can we find the humbleness to pay respect to a fallen Tigress. India has a lot of problems, but the Humbleness and Spirituality of the Indian people is leaps and years ahead of Western civilization.

I’m not talking about poverty, that has nothing to do with humbleness or Spirituality, I’m talking about the search for the Ultimate Truth: Enlightenment.

And it is this search that allowed a whole Nation to pay its respects to a 19 year old Tigress that became a National Hero; Fighting Crocodiles and defending her offspring from incoming male Tigers. People from all over the world traveled to see this female embodiment of perfection. Machli died of old age two years ago after winning countless battles, and her being Indian, I guarantee you that she knew that her victories were ephemeral, just like all of us. Indians are very wise, their wisdom has cost them a lot, but that’s another story.

The Black Jaguar White Tiger Foundation slams WWF and others

I have named a lot of my kids after Indian Humans that have transcended time and space: Gorakh, Gandhi, Bhagwan, Dolano, Devageet, Mukta, Vivek and their Japanese descendants: Ma-Tzu, Rinzai, Basho, and now, a lady that I Love like crazy, has been named after this risen Tigress that became a symbol of Hope, strength, beauty and dignity, everything that the Indian people represent. 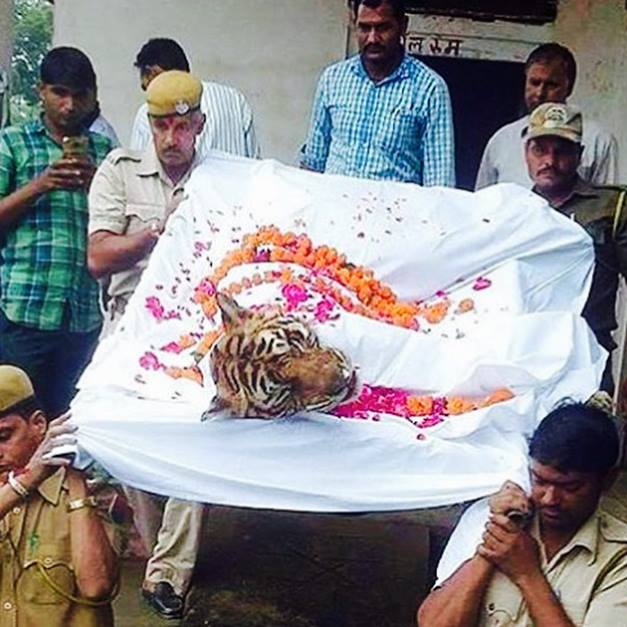 The name Machli will not be forgotten that easy, because Trust me, my Machli is incredibly Magical too, like her Indian Godmother. Machli, and her brother Mapogo are two super strong forces of Nature. This is why Existence allowed me to name them like this. A Mexican singer, Marco Antonio Solis, says in one of his songs that “Only in poverty do we learn how to Love.” This is why the Love of the Indian people is as vast as the Universe. In my Heart, I’m one third Mexican, one third American, and one third Indian. With Love to Machli, the Indian people from the past, present and future…