The beautifully decorated floats were assembled at the Shri Krishna Mandir in Campbellville from 5:15 pm and left at 6:30 pm via its traditional route along Sandy Babb Street for Vlissengen Road and then along the Seawall to the Chateau Margot Ground, East Coast Demerara.

Prizes and trophies were also distributed to winning floats. Bhajans, songs and fabulous colorful lights enchanted the Hindus and others who have gathered to witness the parade.

Participants dressed in the attire Hindu Gods and Goddesses in this colorful celebration of Diwali. Goddesses Mahakali, Kali, Saraswati as well as Lord Ram was represented in the Guyana Hindu Dharmic Sabha’s Motorcade.

Data from a 2002 census on religious affiliation shows that some 57 percent of the population is Christian while some 28 percent is Hindu making Hinduism the second-most professed religion in Guyana. The most Hindus here are mostly Indo-Guyanese.

Hindus of Guyana have been fighting a battle to save schools from missionaries.

The Hindus criticized allowing the Faithful Word Baptist Church which was allowed by the government to visit schools.

In a full page ad placed in a Guyanese newspaper in 2017, ‘Stabroek News‘, some 14 Hindu organisations representing 108 Temples expressed “grave concern” over access given to the leader of this church, Pastor Steven Anderson to preach and proselytize in Guyana so as to “win souls for Christ.”

Besides attacking Hindus and Buddhists, the Pastor, the advertisement placed by the Hindu groups said, has in the past abused the then US President Obama calling him a bas**** and even going as far as abusing Martin Luther King jr ‘as wicked, perverted and evil. ‘

It is in the light of all this, the significance of these floats can be understood very well.

All the pics of the float are clicked by Fidal Bassier and Amanda Richards. Take a look at the majestic floats from Guyana below: 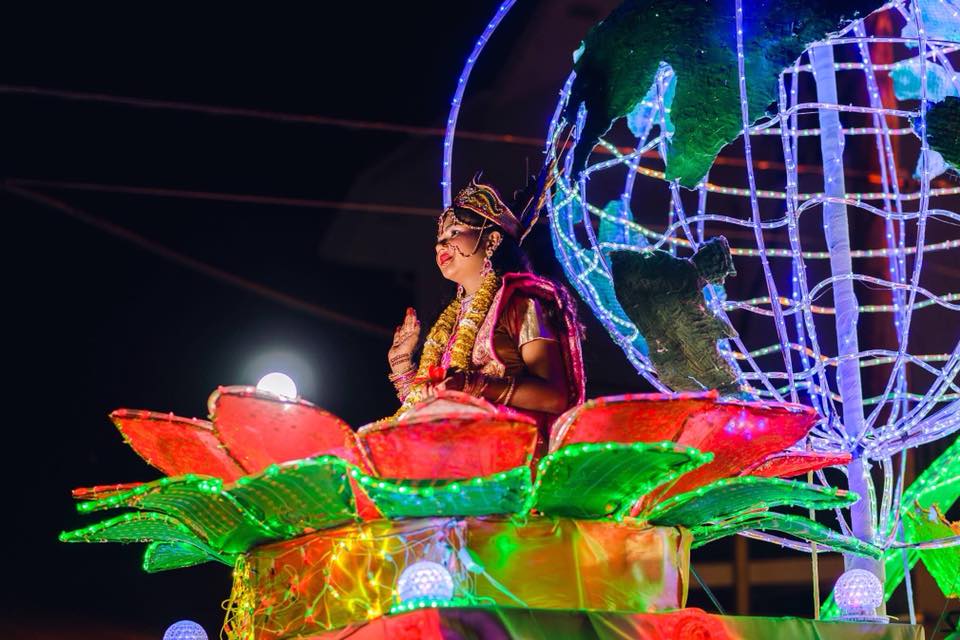