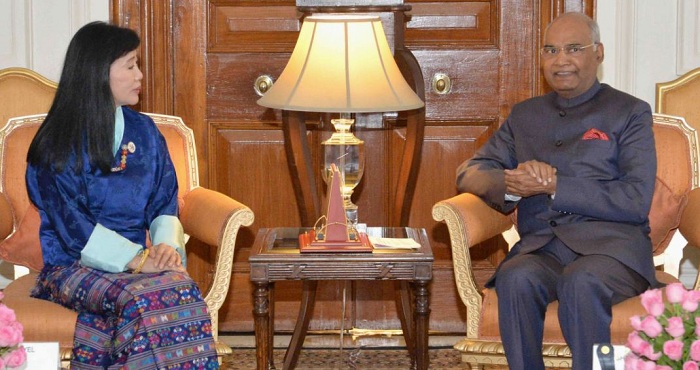 Welcoming the Queen Mother Gyalyum Dorji Wangmo Wangchuck to Rashtrapati Bhavan, the President said that India deeply appreciates the Government of Bhutan’s initiative of organising ‘Bhutan Week’, as part of the golden jubilee celebrations of establishment of formal diplomatic relations between India and Bhutan. The week-long festival would showcase the Bhutanese way of life and rich culture to the people of India and enhance people to people linkages.

The President said that India and Bhutan share an exemplary bilateral partnership. Our relations are unique and special and our historical and cultural linkages make us natural friends and partners. India has been happy to share its knowledge, experience and resources with Bhutan as per Bhutan’s priorities. He iterated that India remains committed to consolidating ongoing economic cooperation with Bhutan he told the Queen Mother Gyalyum Dorji Wangmo Wangchuck.

Bhutan: PM raps up his election campaign with a visit to Hindu Temple (Pics)