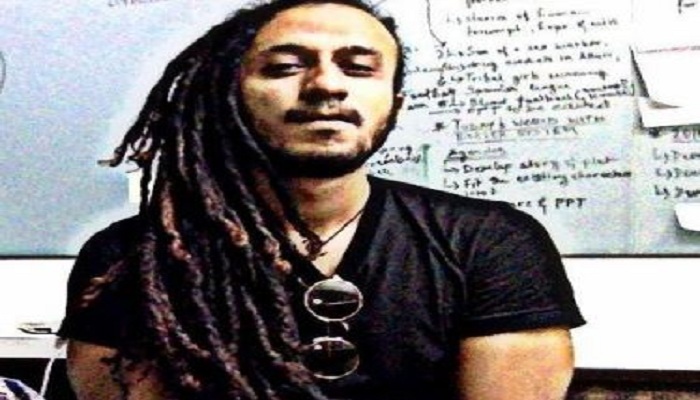 Hindu hate made the film executive Barun Kashyap, based in Mumbai, to make the fraudulent charge that he was harassed by an auto driver for his leather bag, hinting that cow vigilantism was seeping in the city as well.

How cow vigilantism was used by Barun Kashyap

Barun Kashyap had written a post on his Facebook profile stating that his auto driver was a secret cow vigilante who threatened him for carrying a cow skin bag. He even said that he was later threatened by the friends of the auto driver as well who too were cow vigilantes. His story, without any checks, was gladly printed in many newspapers who claimed that this showed that India has turned an intolerant nation but we, at www.currentriggers.com, were the first ones to pick the holes in the story and had demanded a serious probe in this case by the authorities.

Now Mumbai Mirror has reported that the police has found that his claim was unfounded. Barun Kashyap broke down after a grilling session with the police and has sung like a canary over his claim of his being a victim of an alleged cow vigilantism bid. Mumbai Mirror states:

“I accept that I lied about the entire incident. No such incident ever took place. My Facebook post was a lie.”

And why did he lie? His confession reads:

“I lied because have hatred towards Hindus.”

Hating Hindus and to create communal tensions was the motive of this man who chose cow vigilantism to create tensions between communities. His lies were caught as post his complaint the police collected the CCTV footage which showed that Barun Kashyap left home at 1 pm and not at 11 am as he claimed. It took him mere 9 minutes to reach his place of work and the CCTV cameras which were there on the entire stretch showed that his auto halted nowhere! So when did this cow vigilantism happen?

“We collected footage of CCTV cameras installed on the entire stretch. We discovered that it was a smooth ride and the auto did not stop even for a minute. It was beyond doubt that he had lied to us. That is why we registered a case against him.”

Cow vigilantism story was lapped by mainstream media but Barun Kashyap chickened out soon and deleted his initial Facebook post but we were able to take the screenshot before he did so.

What auto cow vigilantism story shows: Media is in too much hurry

Political angle cannot be ruled out as Mumbai Mirror reveals that he was in touch with senior AAP leader Priti Sharma Menon and stayed at her Chembur home for two days. Raghu Ram was the first one to tweet his support to this man and had called him a friend and a colleague.  He has now said that he does not support hate against any community:

Neither I, nor any of my friends support hate against any community. Ever. I just want to make sure an innocent kid isn't being victimized.

AAP has tried to target BJP on cow vigilantism in Haryana too by taking cows to BJP leaders (the drive has been named as the Khoonta Baandh Abhiyan by AAP) and asking them to take care of it. It has backfired as some BJP leaders refused to give the cows back despite the demand by AAP to hand it back to it.

This is one case:

Mumbai police is preparing a chargesheet against Barun who is in Arthur Road prison since October 4 and has been booked under the section 153A (for promoting enmity between groups) and 182B (for use of lawful power of a public servant to injure or annoy any person) of the Indian Penal Code. But it does show that when it comes to stories like those on Cow vigilantism, Indian media is more than ready to lap anything up and then we wonder why media reports are not taken seriously anymore.