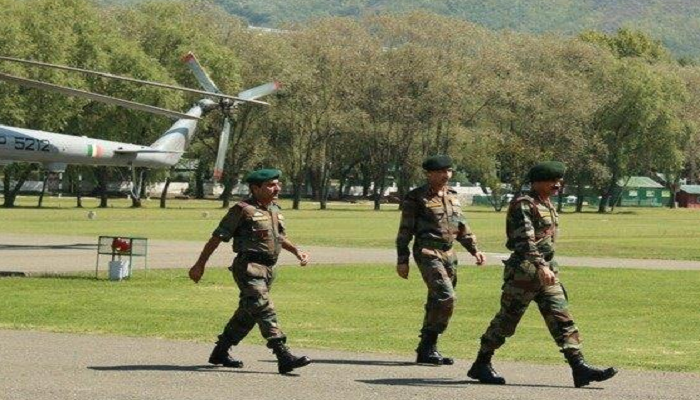 Total 17 Indian soldiers attained martyrdom in Kashmir today after 4 terrorists attacked an Army camp. The four terrorists got close to the headquarter of the 12th Brigade at Uri in Baramulla District.

Baramulla has seen extremely violent agitations against hapless Indian soldiers and personnel who have become a target of massive hate campaigns by some sections of the media and the self-proclaimed intelligentsia.

Indian soldiers in particularly have been viciously trolled, demonized and abused by some sections of the intellectual circles as if they are they are the terrorists, while in reality, all they are doing is to stop this land to become another Pakistan like hell.

By calling a terrorist a school headmaster’s child, a misguided youth or a poor man has only made terrorists bolder than ever because they think that they will find at least some support on the basis of their backgrounds. But frankly, has the so-called intelligentsia ever bothered to do a survey on the lives and the backgrounds of the Indian soldiers? Have they tried to see and hear the stories of the Indian soldiers? If they did then they will find out that poor don’t become radicalized merely because of poverty or take up arms because they had little to eat.

Why is that the Indian soldiers are ‘expected to exercise all restraints’ while radicalized youth hound them to hurt and to kill at the behest of terrorists?

Yes, it is true, that an Army personnel dedicates his life to the nation, but what happens when some forget that at the end of the day that personnel is also a human being and not a machine? That he feels the pain as much?

If only just a fraction of the kindness could have been shown to the Indian Army personnel, then the situation would have been a lot different. Caring for those whose sole aim is to hurt instead of caring for those whose sole aim is to protect the secular nature of Kashmir will do this nation no good. We must admit that the problem of Kashmir is not due to the dispute between India or Pakistan or the freedom of Kashmir but to make Kashmir another Pakistan. Already ISIS flags can be seen in Kashmir, do we need to again speak of the brutal atrocities that ISIS committed against the minorities and against those who refuse to abide by their dictat?

Whose interest would it serve if Kashmir, like Pakistan, becomes another place where terrorists like Osama Bin Laden live like kings and create mayhem and do bloodshed across the world? When radicals come knocking, what can stop them is an empowered Army personnel fully confident that the nation stands behind him. But is it really happening? We all know the answer to that one.

No amount of outrage and no amount of tears can bring those 17 precious and dedicated lives back. The families of those 17 officers have been left devastated and the void is impossible to fill. And it is obvious that today some among the intelligentsia do have a soft corner for terrorists and their human rights, but for the sake of the very human rights, let’s also consider the Indian soldiers as humans too and give them the breathing space they need.