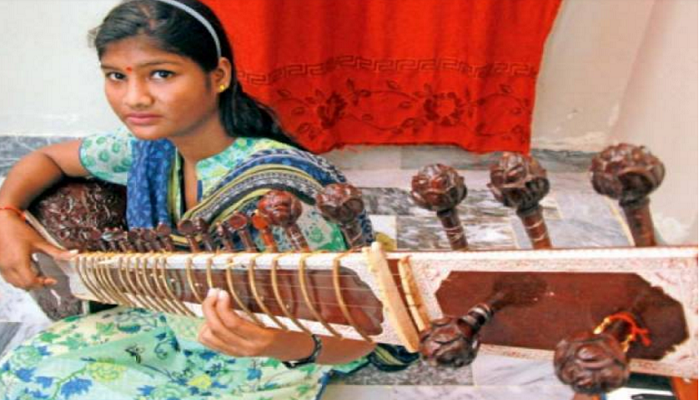 Based in Hyderabad, the daughter of Rajindar Dhanja, who has made the community proud by becoming one of the first underage girl who has become a Sitar player. Out of the 20 crore population, a Hindu girl achieving this feat is unique!

But wait for it, there is more!

Ritika is the student of famous Pakistani Sitar player Ustad Raees Khan which is a feat in itself.

Even her family is into music. You can see her play by clicking here.

In a report in the Pakistani daily Tribune.com.pk, the young Sitar player also said that It was her father’s wish that she should learn to play Sitar and that the Sitar was brought from Delhi for Rs. 20, 000.

Her father Rajendra Dhanja is a harmonium player himself but also works as a sales manager.

The Pakistani Hindu girl practices to firm up her notes and has a good hold over Rag Yaman and Rag Bhiravi in just 3 months.

Ustad Rais has been teaching the Pakistani Hindu girl free of cost after Ustad’s son Farhan Khan ran into her father at a Sitar repair shop. The father requested the Ustad’s son to take his daughter as a pupil and he accepted advising them to come to their house. 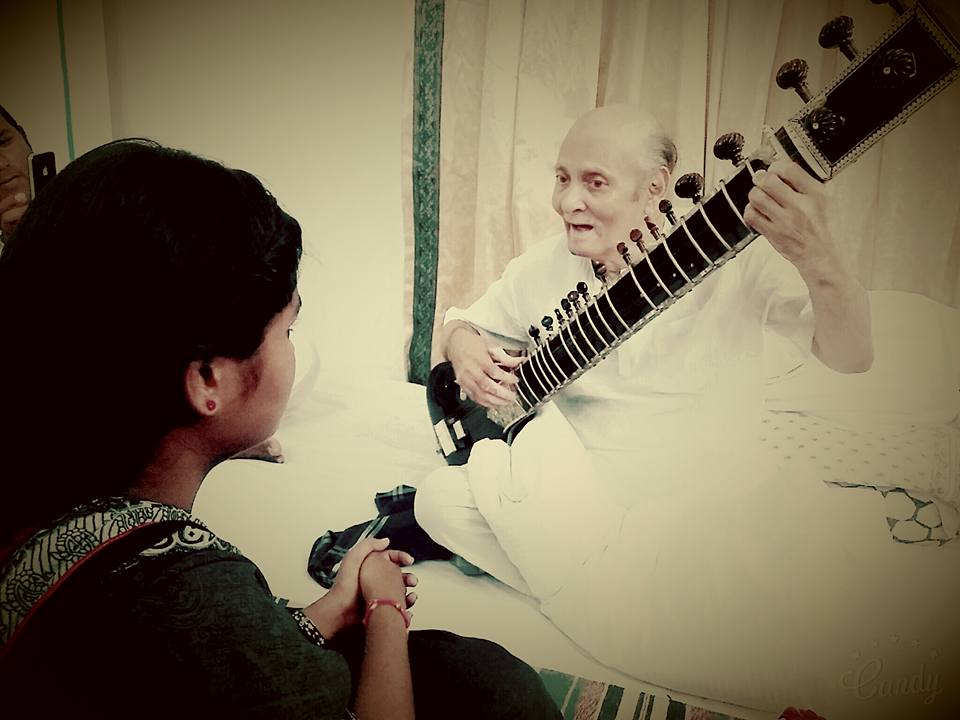 Tribune.com reports that when Farhan started teaching Ritika, Ustad Rais came out and said that he would take Ritika as his student and will teach her himself. The Ustad also did a rasam-e-kushai, ceremony to accept the new pupil, on the third day of the Eid-ul-Azha and tied a Ganda Bandh, a red and yellow-coloured thread on Ritika’s right wrist signalling that she would now get tuitions from him, the best Sitar player in all of Pakistan. 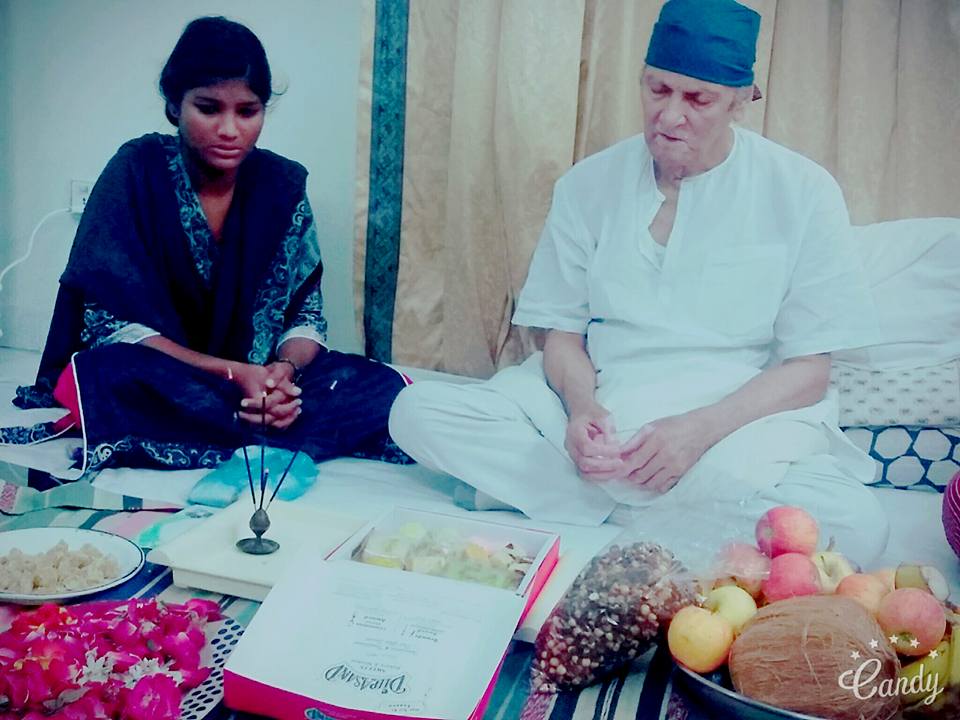 He also gave his reasons for accepting the Pakistani Hindu girl as her disciple; he said that she the etiquettes to learn and also that her own family has people who understand music.

You May Also Like: Pakistani Hindu girl makes community proud and happy!