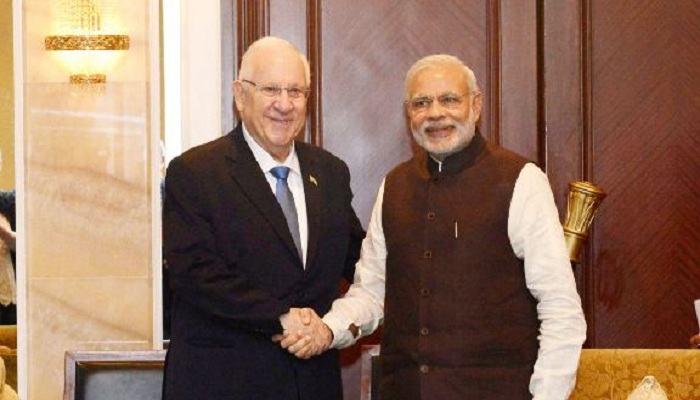 Israel is a friend, in one quick stroke, India has legitimized, appreciated and shown respect to this nation which was due for a very long time.

India has officially shunned its shy approach when it came to embracing Israel under the new Indian regime.

At the invitation of President Pranab Mukherjee, Reuven Rivlin, President of the State of Israel is coming to India from 14 to 21 November 2016. President Rivlin will be accompanied by his wife Nechama Rivlin, apart from a high-level delegation comprising of officials, academicians and business leaders from Israel.

India and Israel have a strong relationship but India has been wary of being open about it due to its huge Muslim population. But now it seems that Indian government under Narendra Modi is more than happy to be seen in the company of Israeli leaders.

President of Israel will have a busy schedule in India

President Rivlin is also a much followed Israeli politician in India, but it is Benjamin Netanyahu who is perhaps the most famous foreign politician besides Vladimir Putin and Shinzō Abe. These are considered the most India-friendly politicians of the world. But while Putin and Abe have got the Indian biggies lining up, Israel’s politicians have always been admired in the corridors of power from behind the scene only but all changed on 26th May 2014 when Narendra Modi took over and now the Prime Minister of India is often spotted addressing Netanyahu as ‘my dear friend.’

In short, the brotherly warmth that was missing till now, the ‘bhai-bhai’ moment, has finally arrived and the extensive consultations that the Israeli President will hold with the Indian side is the testament to this statement.

India and Israel enjoy excellent relations marked by strong ties in the areas of economy and commerce, science and technology, research and innovation, culture and tourism, education etc. So indeed, this was but natural that the two embrace each other and stand by each other in the international arena.

India tells China that terrorism is unacceptable, list its demands