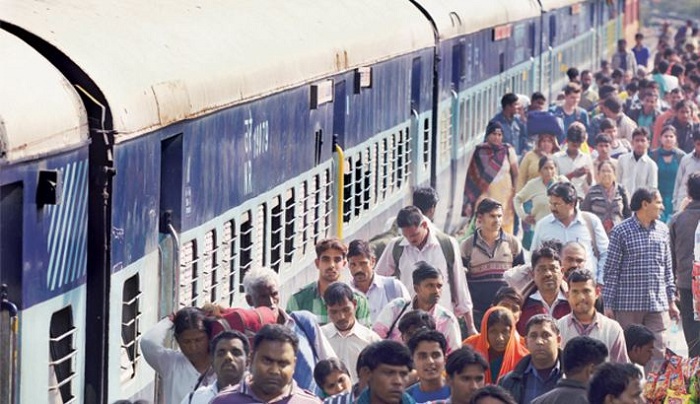 The Indian Railways has announced that it won’t give any refund on cancellation of tickets in cash to the passengers and will start issuing the ticket deposit receipts as the news poured in that there is a shortage of lower denominations currency notes at a lot of railway counters. The Indian Railways has announced that in the case of refund amount touching Rs 10,000 or above, it will only transfer the amount to the passenger’s bank account.

Still want your refund from the Indian Railways? Then read on:

The person concerned would need to furnish his account details for receiving the amount if he decides to cancel the ticket with the Indian Railways .

Indian Railways may have found a way, but common needs more

There are long queues where people can be seen jostling to get their hands on the new currency notes, or outside ATMS and banks. However, there is another problem with the new currency, especially the new Rs. 2000; it is not possible to get the change easily due to lack small denomination currency! The shortage of the currency is an issue which needs to be sorted out soon.

But overall the nation has taken this strike against black money in stride and is playing along.

Today is also the last day when a commuter won’t have to pay the toll  on any National Highways. It is to be seen what would happen next after the directive ceases to exist after midnight.

Indian Prime Minister Narendra Modi, yesterday, has already expressed his happiness at the way the Indian citizens are cooperating with the government while the IMF has welcomed the demonetisation bid but also called for its ‘prudent handling.’

Going to deposit old currency in banks? Then read this!

Narendra Modi is happy and the reason is the people of India!