New York, July 9, 2016: Temple desecrations, telling non-Muslims to mind their clothes in front of fasting Muslims during Ramazan, banning saree on a Muslim religious holiday and so much more is what makes for an average day for a minority in Malaysia these days.

Gone are the days when Malaysia used to cherish a diverse culture, these days it is taking fast steps towards becoming a state where the minorities are second class citizens. The recent example of desecration of Hindu deity has again proved that Malaysia is unable to check the growing radicalization in the nation.

on July 3, 2016, a news was posted by Deejay Nesh in which he informed that a Hindu temple in Kampung Sungai Nibong Kecil, Bayan Baru Dewa Sri Mathuraiveeran, Malaysia has been desecrated .

The statue of a Hindu deity was found broken and it was worth RM500. What aided the perpetrators was that first, they attacked at night and second, that the Temple was not being used much for Hindu rituals. 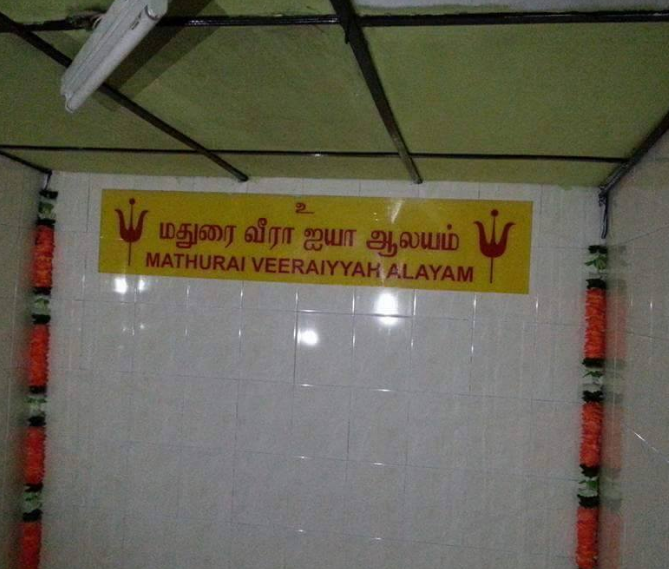 Member of Parliament Sim Tze Tzin appalled at the act described his pain in these words:

A Hindu temple in Kampung Sungai Nibong Kecil, Bayan Baru Dewa Sri Mathuraiveeran has been desecrated .The statues are broken by someone, last night. This is a horrendous incident that requires serious attention from the police. I urge the police to carry out immediate investigation.

Hindu statesman Rajan Zed, in a statement in Nevada, USA, said that it was reportedly shocking for the hard-working, harmonious and peaceful Malaysian Hindu community; who had made lot of contributions to the nation and society; to receive such signals of hatred and anger.

Zed, who is President of Universal Society of Hinduism, urged administration for swift action to regain the reportedly falling confidence of the Hindu community.

Rajan Zed also urged Malaysia Prime Minister Mohd Najib bin Tun Abdul Razak to constitute a multi-faith national task force headed by him to come up with an effective strategy to put an end to such reported desecration of religious centers in the country.

But mere words won’t solve this problem. The perpetrators are being driven by an ideology to target the non-Muslims, if its is Hindus this time, then it will be another group the next time, so what can Malaysia do?

All it needs to do is tighten its grip on radical preachers and people who insult the law-abiding minorities of the land. The Islamic clerics who target the religious and cultural minorities must be stopped if Malaysia is to remain on to the path of development. But the big question is, can it?