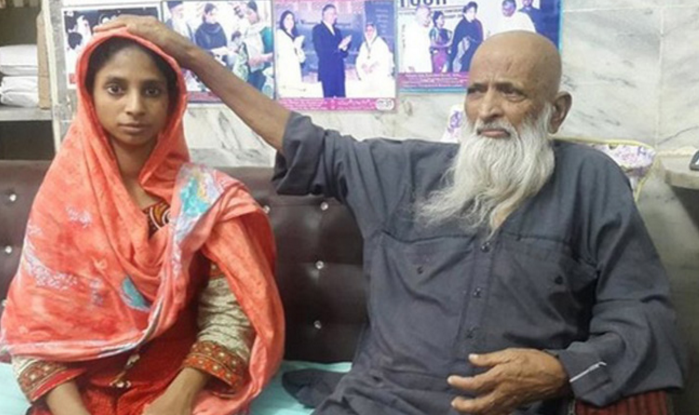 Many know who Abdul Sattar Edhi was and there is nothing more to be said except that he was the voice of humanity in a battered, confused and divided on sectarian lines, nation of Pakistan.

For Pakistan, it was not the political or the intelligentsia or the military or the terrorist classes which gave hope to an ordinary Pakistani man and woman, it was this one man, Abdul Sattar Edhi.

When Abdul Sattar Edhi, 88, passed away on Friday battling several prolonged illnesses, an era and a hope for a peaceful Pakistan came to an end with him, now Pakistan is stuck with the above-mentioned classes who descend from London or Dubai to lecture the common Pakistanis while the ‘high and mighty’ enjoy their times abroad.

It is in this regard that an Abdul Sattar Edhi mattered; he refused the offer of going abroad for treatment and the politically corrupt Pakistani class had an opportunity to work towards improving medical facilities, and yet it again failed the man, as it has failed him time and again.

This man was not an ordinary guy in flesh and blood; he was an enigma, the one who was both a human and a mission.

His service to the needy and the poor made him a revered figure but he never tried to take any advantage for himself, he was selfless.

He made the Edhi village where a homeless, destitute , elderly, discarded babies and every conceivable outcast found a place of shelter. Remember that Indian Prime Minister nNarendraModi too appreciated the help that Edhi gave to a deaf and mute Indian girl Geeta? Modi even offered one crore as the donation for Edhi foundation as a token of appreciation which the humble Edhi declined as he believed in serving mankind.

Edhi’s departure is the departure of last hope for Pakistan, which is now stuck with Zardaris, Khans, Sharifs and Hafiz Saeeds.

Abdul Sattar Edhi lived a pauper but was a superhero who never got his due when he lived and now today when there is a clamour for a Nobel Prize for him it again shows that truly the people never understood the man; he never wanted either awards or rewards, for him serving the mankind was all that he ever wanted to do and he did.