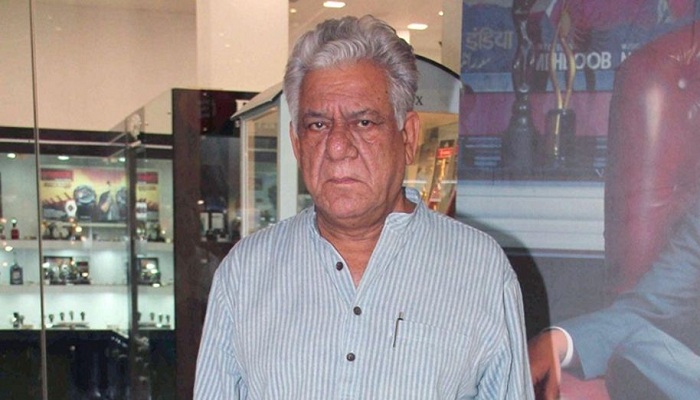 Bollywood actor om Puri apologized to the nation after he disrespected the martyrdom of Indian soldier Nitin Yadav which even angered his friend Anupam Kher.

Om Puri said that if the Indians (citizines) want to punish him then he is ready for that. Om Puri in a television show yesterday has said that: Who asked the Baramulla martyr Nitin Yadav to join the forces? You can hear him speak in this video:

His words hurt senior SP politician Shivpal Yadav who was present at the cremation of the slain martyr today. He said that Om Puri’s statement was shameful and that calling him a ‘Gaddar’ or ‘traitor’ was not wrong. A complaint has been filed against Om Puri:

#FLASH Complaint filed against actor Om Puri in Andheri PS for his comments on Indian soldiers.

Shivpal Yadav has also said that he was proud of Nitin Kumar and that a compensation amount of Rs 20 lacs and a park in his name would be opened soon by his government.

We are very proud of Nitin Kumar. We will give Rs 20 Lakhs as a compensation to his family & will open a park in his name: Shivpal Yadav pic.twitter.com/nOixSU6WbY

Thousands with tears in their eyes came to bid the slain martyr a farewell.

"A thankless person never does a thankful deed.":)

It's a moment when they need to take a position within themselves where they stand: Mahesh Bhatt pic.twitter.com/ERTtgKtsR2

Meanwhile, Nawazuddin in a press conference in Meerut openly said that nation comes first and that Pakistani artists must go back to their nation. He told the reporters that ‘Desh se badhkar kuch nahin.’

But perhaps the best comment so far has come from Arshad Warsi who said that the surgical strike is like piles operation! He said that this was so as the one who cures it goes around telling the world about it, while the one who gets cured has to hide that he once had this disease! In short, India just cured Pakistan of piles (terrorism!.)

Just like Adnan Sami, Asha Bhosle and Shah Rukh Khan, Pakistanis are now busy telling Arshad how wrong he is but he hasn’t replied to any of them.

Surgical Strike is like Piles operation,
Doctor tells everyone it was successful but the patient wants to keep it a secret.

Be ready to be surprised! Read What septuagenarian Anna Hazare has to say on Pakistan!

Disrespecting Indian icons is not new, remember how Olympians were ill-treated