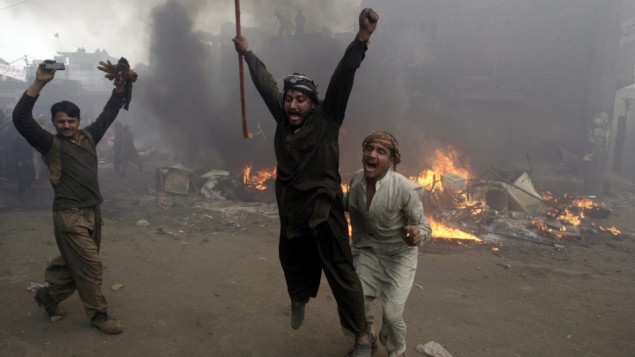 Islamabad, July 12, 2016: Pakistan’s troubled relationship with its minorities is an open secret. Now, a Christian man named Nadeem James has been accused by a Muslim ‘friend’ Yasir Bashir of doing Blasphemy against the state religion Islam and its Prophet.

The Muslim friend of the Christian man has claimed that the alleged Blasphemy was committed via a poem that was forwarded by James to him on WhatsApp.

Blasphemy committed against Islam can lead to brutal actions by a Muslim majority-Pakistan as it believes in a strict form of the religion. Minorities such as Hindus, Christians, and Sikhs cannot become head of state as Pakistan is the Islamic Republic.

Right now the police are trying to bring James to justice as he fled from him home as soon as he got the whiff of the complaint while his relatives have been arrested so as to keep them safe from mob violence. Sara-i-Almgeer, which is near to Lahore and houses many Christian houses, has seen increased police presence as they fear attacks from common people.

Blasphemy allegations are applied to minorities while the Muslims do not fear the same laws when they commit blasphemy against others in Pakistan.

Mob violence against Christians is not unheard of in Pakistan; in 2013 an enraged Muslim mob comprising of local shopkeepers and neighbors which also included teenagers, torched several Christian homes, looted and destroyed properties of Christians after a false Blasphemy claim was levied against a Christian man, Sawan Masih, by his Muslim friend. A humble sweeper, Sawan Masih, despite proofs that the charges were false, was sentenced to death in 2014 and continues to languish in jail.

Asia Bibi, Rimsha Masih, and many men and women have suffered under blasphemy laws that target the minorities but the world community has remained a mute spectator till now.

Asia Bibi got into trouble for daring to argue with Muslim co-workers and lost her freedom.

Asia and her Muslim co-workers were out for harvesting fruits. Later, she went for a drink of water and the bucket she used for drawing water was shunned by the Muslim women co-workers.

They said that since Asia, a Christian has touched it, hence being Muslims they could no longer touch the ‘filthy’ cup.

The women then told Asia to convert to Islam and during this time, these Muslim women alleged, that she made unsavoury comments on Prophet Mohammad.

Asia was assaulted by Muslim neighbours in her home and after beating she allegedly also ‘confessed’ to have made these remarks.

In 2010, she was convicted of insulting the Prophet Mohammad and continues to live in a jail.

Rimsha Masih was merely 14 when she was framed by an influential Muslim man in 2012 for allegedly committing Blasphemy by burning a few pages of Quran. The claim was made by the teenager’s own neighbour after which a furious crowd of locals gathered to take revenge. The neighbour took advantage of Rimsha’s medical state; she had troubles reading, remembering things and had learning difficulties.

But due to strong-arm tactics of the mob she had to spend 25 days in an adult maximum security prison before being freed after international community took notice of the case and Rimsha got refuge in Canada but even till this date her whereabouts are unknown as the family still fears for its safety.

What happened to the Muslim man who falsely accused her of Blasphemy? Nothing happened to him.

Such allegations can trigger beatings, arson, rapes, deaths and mob violence in the conservative Islamic country. 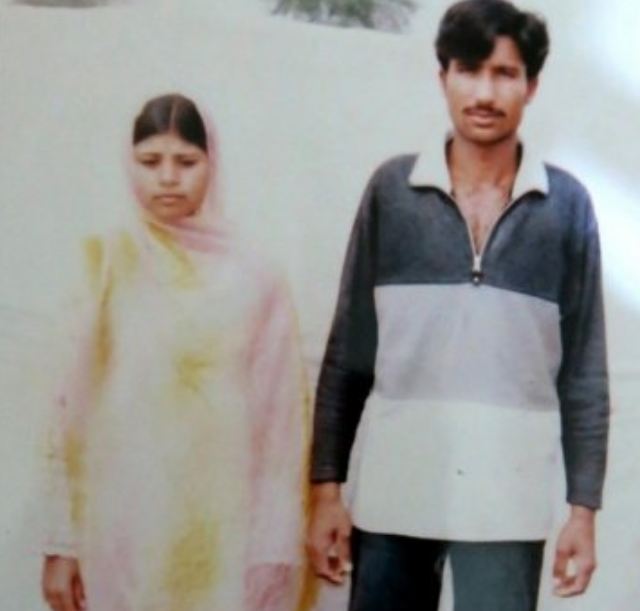 Shahzad and Shama when they were alive.

On the ‘false’ charge of desecration of their holy book, a Christian couple, Shahzad Masih and his pregnant wife Shama Bibi, was stripped, beaten to death, and their bodies were burnt down by an enraged Muslim mob in a brick kiln in 2014.