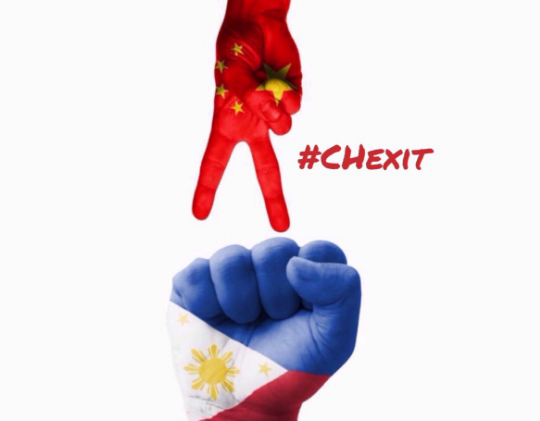 New Delhi, July 12, 2016: The Philippines is the giant slayer! The Permanent Court Of Arbitration has decided in its favor while delivering a scathing judgement! As was expected China has rejected the findings saying that it does not accept and does not recognize the Hague tribunal judgement.

China 'does not accept and does not recognise' Hague tribunal judgement: Xinhua

Here are the important points from the judgement:

Although Chinese navigators and fishermen, as well as those of other states, had historically made use of the islands in the South China Sea, there was no evidence that China had historically exercised exclusive control over the waters or their resources.

The Tribunal concluded that there was no legal basis for China to claim historic rights to resources within the sea areas falling within the ‘nine-dash line’.
The Tribunal held that it could only address such submissions if there was no possibility that China could have an entitlement to an exclusive economic zone overlapping that of the Philippines and deferred a final decision on its jurisdiction.

In its Award of 12 July 2016, the Tribunal reviewed evidence about the reefs and islands claimed by China
in the South China Sea and concluded that none is capable of generating an entitlement to an exclusive
economic zone. Because China has no possible entitlement to an exclusive economic zone overlapping that
of the Philippines in the Spratly Islands, the Tribunal held that the Philippines’ submissions were not
dependent on a prior delimitation of a boundary.

The Tribunal, therefore, concluded that China had violated the Philippines’ sovereign rights with respect to its exclusive economic zone and continental shelf. The Tribunal next examined traditional fishing at Scarborough Shoal and concluded that fishermen from the Philippines, as well as fishermen from China and other countries, had long fished at the Shoal and had traditional fishing rights in the area.

Because Scarborough Shoal is above water at high tide, it generates an entitlement to a territorial sea, its surrounding waters do not form part of the exclusive economic zone, and traditional fishing rights were not extinguished by the Convention. Although the Tribunal emphasized that it was not deciding sovereignty over Scarborough Shoal, it found that China had violated its duty to respect to the traditional fishing rights of Philippine fishermen by halting access to the Shoal after May 2012.

As Tribunal’s award is final&legally binding on parties to dispute undr provisions of UNCLOS,they're requird to comply with it-Fumio Kishida

The Tribunal noted, however, that it would reach the same conclusion with respect to the traditional fishing rights of Chinese fishermen if the Philippines were to prevent fishing by Chinese nationals at Scarborough Shoal.

Read our special on CHexit here and find out how India reacted to a similar situation.