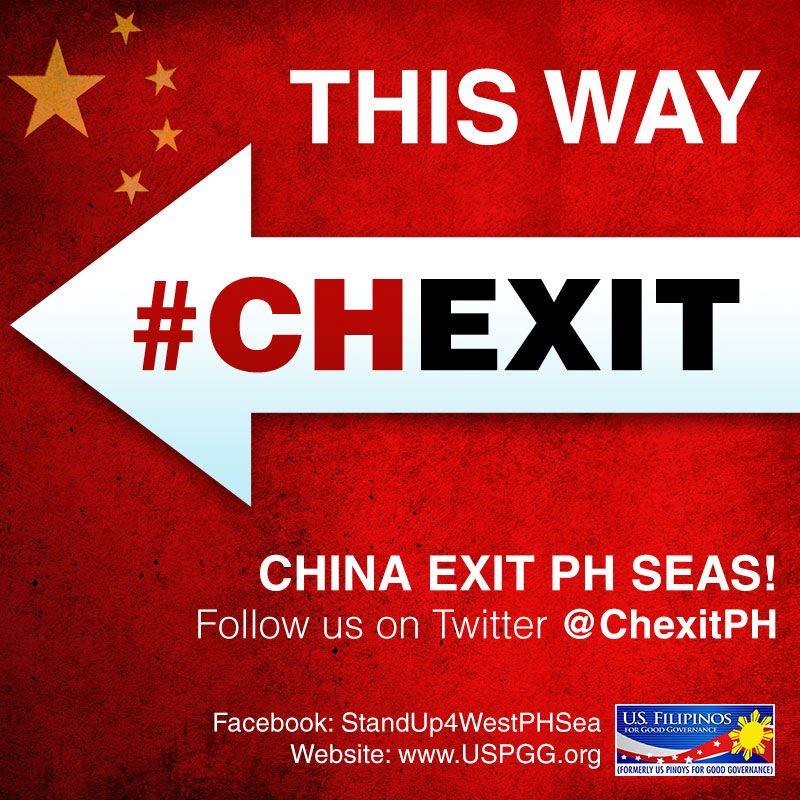 New Delhi, July 11, 2016: Calling parts of the South China Sea as The West Philippine Sea, people of Philippines started trending ‘CHexit’ asking China to bow out of what they perceive is their part of the Sea. The CHexit is making headlines in India as well with people discussing the trend.

This battle may seem like David versus the Goliath considering that the Philippines is a small nation in front of fire breathing China. But so is Vietnam and Japan and so many others which are now busy coordinating with USA, Australia, and India so that they don’t fall short of strength.

Philippines showed remarkable courage filing a 20-page arbitration case against China in the Permanent Court of Arbitration (PCA) and tomorrow is the day when the judgment will be announced but people are making themselves heard via CHexit already! What makes the Philippines and

What makes the Philippines and even Vietnam hopeful in this case is that they think that China would be like India; i.e. it too would follow the ruling.

Bangladesh won against India in arbitration over the delimitation of maritime boundary under the United Nations Convention on Law of Sea (UNCLOS) on October 8, 2009, and won in 2014. India honored the decision, but China is a different case; it has boycotted all the proceedings of the Court instead depending on arm twisting the smaller neighbors making people rally behind CHexit.

It should also be mentioned here that India’s honoring the decision has won it many admirers in Philippines and Vietnam although many in India may not agree with the approach and would rather that India starts following aggressive policies of  China on such issues. But what they forget is that India has no enemies in these waters and it actually wins more in the longer run than China, which depends more on the muscle power rather than winning people over.

No wonders, the anti-China sentiments are rising not just in Philippines, Japan, Australia, and Vietnam but also in India and USA with people unable to withstand its highhandedness. It is in this regard that CHexit must be seen; it is a sign of frustration with the way China does business and common citizens are not ready to allow this behavior to go on.

P.S.: During the third meeting of the India-Philippines Joint Commission on Bilateral Cooperation, held on 14 October 2015 in New Delhi, co-chaired by EAM Sushma Swaraj and Albert F. Del Rosario, Secretary of Foreign Affairs of the Republic of the Philippines, India was appreciated by the South East Asian nation for the steps  which were taken by India to solve its maritime boundary with Bangladesh , through arbitration at the Permanent Court of Arbitration, and its acceptance of the ruling as an example of peaceful resolution of disputes in accordance with universally recognized principles of international law, including the 1982 UNCLOS. by the International Court. While China may win more contracts, it is India which is truly building a ‘reputation’ of a peaceful nation. In short, the fire behind the CHexit is not going to die out any soon whether China likes it or not.