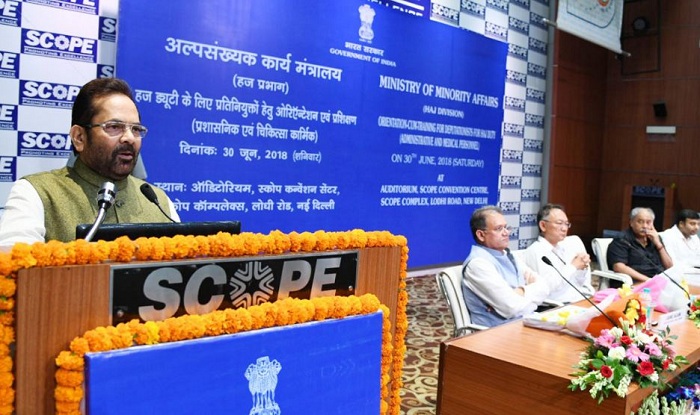 Union Minister for Minority Affairs Mukhtar Abbas Naqvi today said here that, even after ending the Haj subsidy, Rs 57 crore less will be paid to airlines this year for those Haj pilgrims, who are going through Haj Committee of India.

For the first time, choice of embarkation points has been given to Haj pilgrims which has received overwhelming response.

Naqvi said that for the first time after the Independence, record 1,75,025 Muslims from India are going to Haj this year. These include record more than 47 percent female Haj pilgrims.

Naqvi said that despite of removal of Haj subsidy and various new taxes imposed in Saudi Arabia; for the first time after the Independence a record number of Muslims from India are going to Haj this year that too without any additional financial burden.