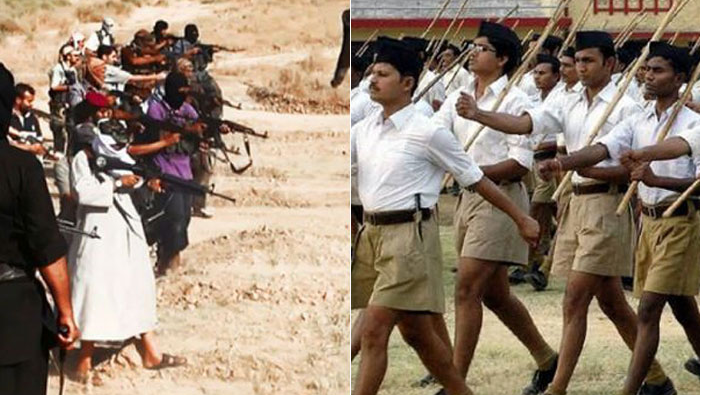 So Ghulam Nabi Azad believes that the RSS is quiet similar to ISIS. He was at an event organised by Jamiat Ulama-i-Hind and he said: “we oppose organisations like ISIS, the way we oppose RSS. If those among us in Islam too do wrong things, they are no way less than RSS.”

Indian politicians so all kinds of outrageous things but since he is the Leader of the Opposition in the Rajya  Sabha, therefore, his words must be taken seriously. But will RSS do anything to stop him? So far, the organization has refrained from challenging anyone legally with the vigor except in the case of Rahul Gandhi. It makes sense too as RSS is not a political party per se or perhaps it does not wish to give weightage to non-serious allegations.

But let us focus on how childish the Indian political circle (circus?) is. Words like Fascist, Dictator and Hitler are thrown repeatedly at people without even thinking twice! But do Indian politicians realize that by doing this they actually trivialize the suffering of the minorities who had to live all of these things through?

Would they dare to throw charges of being Hitler on someone in front of a Holocaust survivor just because he/she is a competitor? Or how about Yazidis and Christians; will they call men from RSS ISIS if they were to stand in front of Middle-Eastern minorities?

It is shameful and despicable that to score political points we forget that we actually end up calling each other names which should not be spoken.

Indira Gandhi was the only one who imposed emergency, but even she did not put anyone in gas chambers. Narendra Modi is being addressed as Hitler, but the Jews of Israel are waiting for him eagerly to visit their nation and he has emerged as a leader who is much respected in the UAE as well.

Does anyone see the ironies in all this?

Coming to RSS do detractors even realize what ISIS is doing? Women are being raped every day and sold like cattle, their bodies are being used to wage a war so depraved that any sane person would go mad. Children are being killed, raped and doctored to turn against their own community.

There are reports of pedophilia, bestiality, and genocide against ISIS. Women who are old and cannot gratify sexual needs of perverts are being murdered and mass graves have been found belonging to children and adults but the Indian politicians are busy pandering to lies which do not do anyone any favor but shows the world the quality of politics that is being played in this part of the world.

If anything then Azad must remember that when the Yazidi delegation came to India last year, they actually fixed up an appointment with the RSS head Mohan Bhagwat and told him what their community is facing. Below is the picture of the meeting: 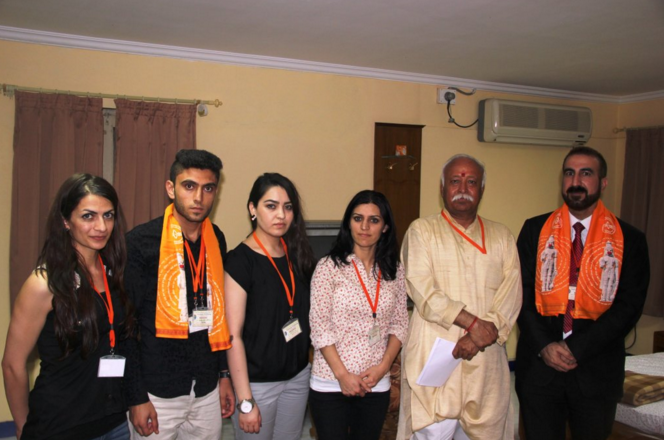 They were assured of help too by what Azad says is ISIS-like RSS. In short, although some Indians may want to compare RSS with ISIS yet, for the real sufferers in the Middle-East, RSS is a ray of hope.