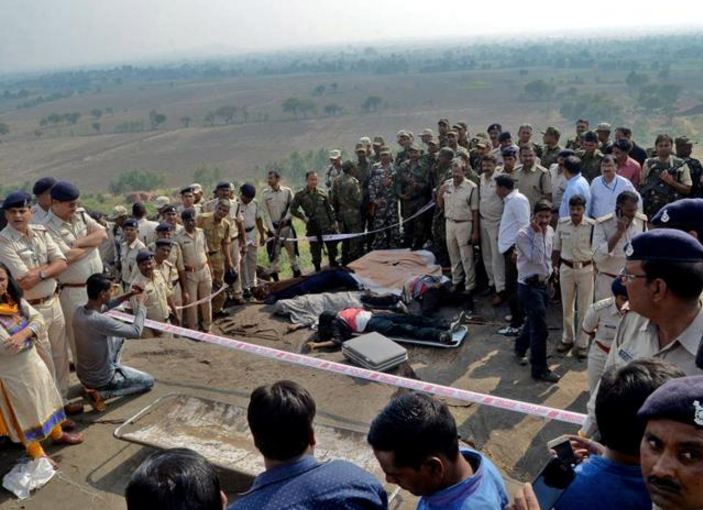 The National Human Rights Commission has taken suo motu cognizance of a media report that 8 SIMI under trial prisoners, who escaped from the Bhopal Central Jail were killed in an encounter with police in Bhopal, Madhya Pradesh on the 31st October, 2016.

The Commission has issued notices to the Chief Secretary, Director General of Police and the DG & IG, Prisons, Government of Madhya Pradesh over the encounter of SIMI men. Calling for detailed reports in the matter within 6 weeks.

The Commission observed, it has always been concerned about the deaths in police and judicial custody as well as in police action. Specific guidelines have also been issued by it, which have been conveyed to all the States/UTs for compliance in the matters of encounter.

Reportedly, the under trial SIMI prisoners escaped the jail after killing a guard. The murder of the guard by the SIMI men has not drawn as much criticism as has the murder of these men for some reasons.

Three of these under trial SIMI prisoners had escaped from the Khandwa jail three years back and were nabbed again in the State of Odisha, this year. The under trial were charged under various crimes including murder, sedition, jail break and bank robberies.

NHRC noted that as per news reports, all escaped prisoners were killed within hours in an encounter at an isolated forested area which is about 15 km from the jail. Senior officers have claimed that the police started firing only after being shot at by the accused. The police team had initially asked the escaped SIMI prisoners to surrender, as stated in the report. Five jail officials have been put under suspension including DIG (Jail) and the Jail Superintendent. The Additional DG(Jail) has been reportedly transferred.