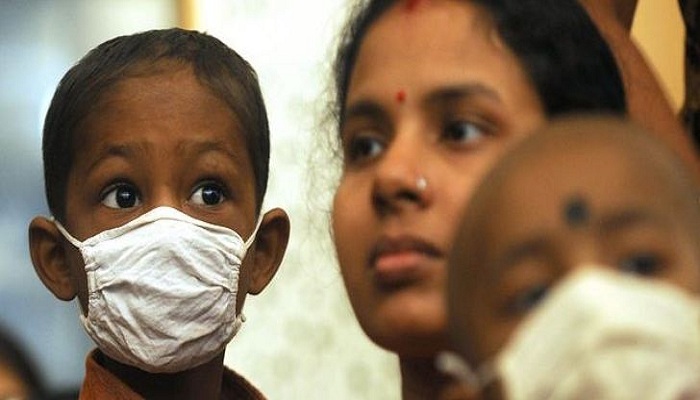 Tata Memorial Hospital or the Tata Memorial Centre Cancer Hospital, Mumbai, which functions under the aegis of Department of Atomic Energy Govt of India, has achieved 100% “cashless” transaction through the use of exclusive hospital – specific multipurpose pre- paid “Smartcard” which is infact a unique multipurpose card not only offering the facility to make cashless payments by the patient, but also offering the patient the access to his treatment record by registering the MRD / EMR number.

This feat achieved by the Tata Memorial Hospital was disclosed today by Union Minister of State (Independent Charge) for Development of North Eastern Region (DoNER), MoS PMO, Personnel, Public Grievances, Pensions, Atomic Energy and Space, Dr Jitendra Singh during his visit to the Tata Memorial Centre where he held an interaction of the hospital faculty members with the scientists and officials of the Department of Atomic Energy, Government of India.

Congratulating the faculty members, doctors and staff of the Tata Memorial Hospital for having taken a lead in the government health sector in promoting Prime Minister Narendra Modi’s campaign for cashless transactions, Dr Jitendra Singh said, Tata Memorial Hospital is possibly the first hospital of its kind in government sector which is making all its transactions for treatment, investigation, management etc through cashless payments from smallest amount to large amounts.

Citing figures, Dr Jitendra Singh disclosed, on 8th November when Prime Minister announced the decision of remonetization, the total number of cashless transactions in the Tata Memorial Hospital was 287 amounting to Rs.45 lakh on that single day. But within a period of little over one month on 15th December, he said, the number of cashless transactions during a single day went up almost double to 525 amounting to Rs.65 lakh.

He elaborated that the exclusive hospital specific multipurpose “Smartcard” prepared by the management of Tata Memorial Centre is a pre-paid card which is handed over to the patient the moment he reports and registers himself at the hospital, whether as an in-patient or out-patient.

No extra charges are to be paid for procuring this exclusive “Smartcard”, said Dr Jitendra Singh and added that once the card is in the possession of the patient or his attendants, it can be used for making payments for diagnostic investigations, purchase of medicines, hospital charges, etc. In addition, he said, the card also provides access to the patient’s hospital record and other details, which he can share for seeking medical consultation from time to time. He further informed that at the time of registering himself as a patient, the person is expected to deposit a certain amount in advance for hospital expenses and this precisely forms the top-up/ backup of the prepaid hospital card.

Dr Jitendra Singh also saw a brief presentation on the latest Proton Therapy for cancer management, for which a full-fledged centre is likely to become functional in Tata Memorial Centre from 2020 with possible support from the Department of Atomic Energy.