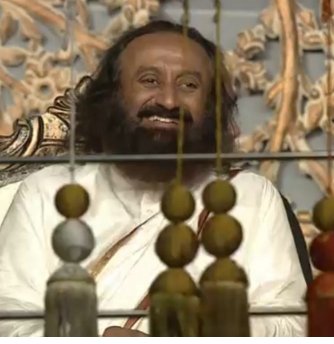 World Culture Festival, despite all the obstacles, has begun  today with the attendance of Indian Prime Minister Narendra Modi and other political and spiritual dignitaries from across the world. The list is inspiring; from Sheikh Mohammed Bin Hamad Al Sharqi, Crown prince of Al Fujairah to Ashwin Adin, Vice-President of Suriname  and Sheikh Nahyan Bin Mabarak Al Nahyan from U.A.E among so many others distinguished people descending to Delhi.

The World Culture Festival will take place till 13th March 2016.

Even the little downpour in Delhi has not dampened the spirit of either the participants or the audience. The World Culture Festival was in the news when some news channels and certain NGOs decided that it will harm the delicate ecosystem of river Yamuna. But what is worrisome is the motivation and the timing of these attacks because Sri Sri Ravishankar’s Art of Living has been planning this event for a long time. So why this attack now?

Also, the environmental concerns raised for this event seem frivolous and one-sided considering that the musician Yanni was allowed to perform for three consecutive nights from 20 to 22 March in the year 1997 at Taj Mahal! Why was it allowed then? Did the ruling party do some favor to him?

No, there was no other reason but to put India on a global level and post that Taj mahal became an iconic place for tourists bringing in much-needed moolah as well. Now, our own, an Indian, is trying to achieve the same and we suddenly decide that this is problematic! Was Taj Mahal of lesser importance?

Also, where was the concern for Yamuna river prior to the event? The fact is that most will be happy to see the dirty river breath easy due to all the cleaning that was needed to conduct this festival.

Let us admit it, more harm has happened to the Yamuna at the hands of people and politicians than what could ever be done by the World Culture Festival. And we do need to ensure that we do not politicize everything.

All this World Culture Festival has done is, make Delhi feel the same pride that it felt when it hosted the Commonwealth Games!

Also, the double standards are for all to see when the Maramon Convention at the Pampa River in Kerala was given permission without anyone speaking against it.But the same respect is denied to Sri Sri Ravishankar with the opposition parties using it at the wrong time when so many foreign guests have come to the city.

The Art of Living is a respectable organization which is operating in 155 countries and has gained followers across the globe. Therefore, at least now we should exercise restraint and later a proper framework must be made so that needless last-minute controversies can be avoided in future.

Fireworks are definitely being expected and the controversy would not die down soon either, but it would only add sheen to the AOL.