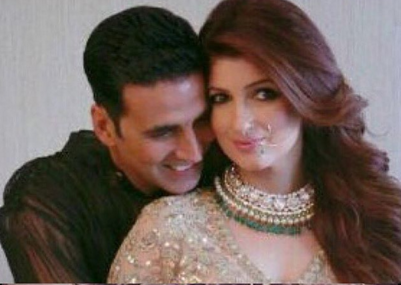 Akshay Kumar is an excellent actor and a successful producer!

He is also the flavor of the season with a smashing hit in Airlift but Akshay Kumar’s hubby avatar is perhaps the most suitable role for him.

Married to Twinkle Khanna, who was herself once a successful female actor before settling down with him, he has proved every bit to be a man who respects his wife and also her independence.

This respect for her independence is perhaps the best lesson that men, world over, can learn from the actor. Especially now, since Twinkle Khanna has proved herself to be a great writer and commands a mass following independent of her Bollywood actor husband.

Just a little while ago, Twinkle informed her followers that her beloved husband is at home ‘baby-sitting.’ Here is her tweet: 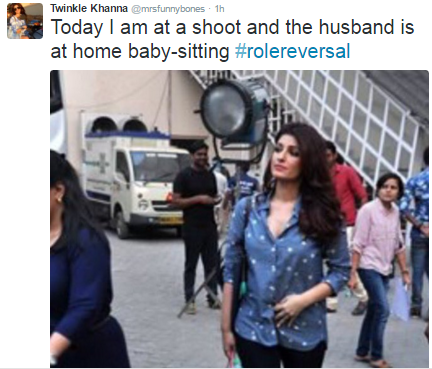 And after a few minutes, a doting hubby told his followers that he is at Twinkle’s shoot with a lunchbox and wrote that he is feeling domesticated! 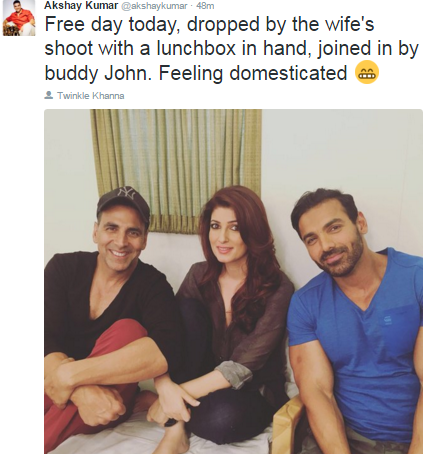 Since the actor dropped in with John Abraham was also around so it was expected that the girls at the Twinkle’s shoot got excited. Twinkle added to her husband’s tweet and wrote: “And all the girls on my set sort of fainted seeing these two amazing desi boyz!”

Well! we cannot blame the girls for acting crazy with the handsome hunks around! It comes naturally, but what matters is the way that Twinkle takes pride in her man’s achievements.

Needless to say that he is getting all the love from his followers commending him for being a great husband. Here is a fan blessing the much-in-love couple:

Akshay married Twinkle in the year 2001. 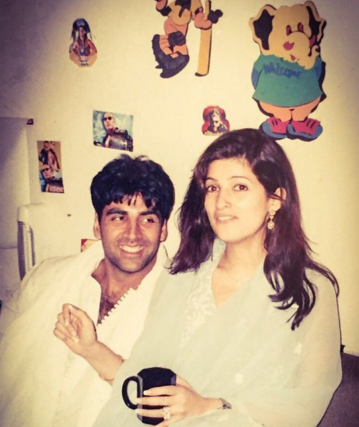 Their marriage and their mutual respect indeed are timeless and refreshing.