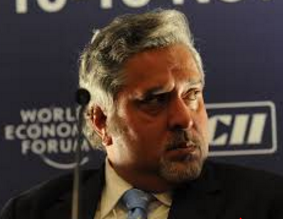 In his defence of leaving the country, Vijay Mallya pointedly wrote that he is an ‘international businessman’ and not an ‘absconder’ as some media houses are trying to brand him. he mentioned that he travels out of India frequently and that he did not ‘flee.’

He further wrote that since he also a Member of Parliament hence, he will respect the law.

“I fully respect and will comply with the law of the land . Our judicial system is sound and respected. But no trial by media.”

But what perhaps hinted at his growing frustration is his this tweet in which he hit out at the editor of a senior news channel. Here is what he wrote on his official Twitter account:

The Indian businessman also opined that once the media trial begins truth is often compromised and he said that “Once a media witch hunt starts it escalates into a raging fire where truth and facts are burnt to ashes.”

He also questioned the logic of certain media houses and detractors demanding that the Indian businessman declare his assets.

Highlighting that this was unimportant he wrote: “News reports that I must declare my assets. Does that mean that Banks did not know my assets or look at my Parliamentary disclosures?”

But here is what he said that may make certain journalists worried and embarrassed.

“Let media bosses not forget help, favours, accommodation that I have provided over several years which are documented. Now lies to gain TRP ?”

In short, Vijay Mallya is not going to give it all up so easily and is ready for a combative phase ahead.

His leaving India has become a major talking point with the political parties trading charges against each other. Here is what Congress thinks about it: 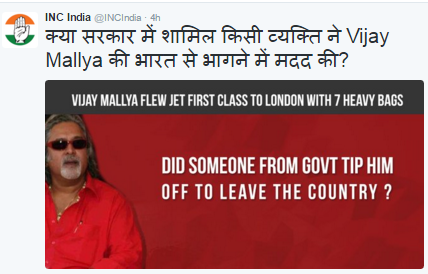 Interesting, if not good, times surely lie ahead.