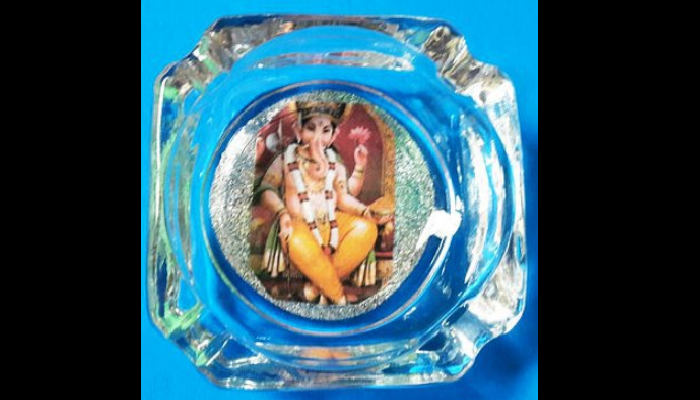 In March, Etsy discarded flip-flops carrying image of Hindu deity Lord Ganesh from its website within less than six hours; and in July last, Etsy withdrew toilet seat carrying image of Lord Ganesha from its website within less than two hours after a protest spearheaded by distinguished Hindu statesman Rajan Zed on these products, which Hindus thought were highly insensitive.

Zed, who is President of Universal Society of Hinduism, in a statement in Nevada today, said that Etsy should have been enlightened by now that Lord Ganesh was highly revered in Hinduism and was meant to be worshipped in temples or home shrines and not for usage as a receptacle/container/holder for tobacco ash from cigarettes/cigars and cigarette butts. Inappropriate usage of Hindu deities or concepts for commercial or other agenda was not okay as it hurt the devotees.

Hinduism was the oldest and third largest religion of the world with about 1.1 billion adherents and a rich philosophical thought and it should not be taken frivolously. Symbols of any faith, larger or smaller, should not be mishandled, Zed noted.

Is offering products like Ganesh Ashtray really matches Etsy’s belief that “the power of business can create a better world”, its claim to “Keep Commerce Human” and its stated Mission “to reimagine commerce in ways that build a more fulfilling and lasting world”? Zed asks.

Rajan Zed suggested that Etsy and other companies should send their senior executives for training in religious and cultural sensitivity so that they had an understanding of the feelings of customers and communities when introducing new products or launching advertising campaigns.

Item description of Ganesh Ashtray, which is priced at $9, calls it a “Hindu God Ashtray”.

Etsy; founded in 2005 in an apartment in Brooklyn and now headquartered in its Dumbo neighborhood with additional offices in France, Canada, Germany, United Kingdom, Ireland, San Francisco (California), Hudson (New York); describes itself as “a global creative commerce platform”. It claims to have had annual gross merchandise sales of $3.25B in 2017.

In Hinduism, Lord Ganesh is worshipped as god of wisdom and remover of obstacles and is invoked before the beginning of any major undertaking. There are about three million Hindus in USA.