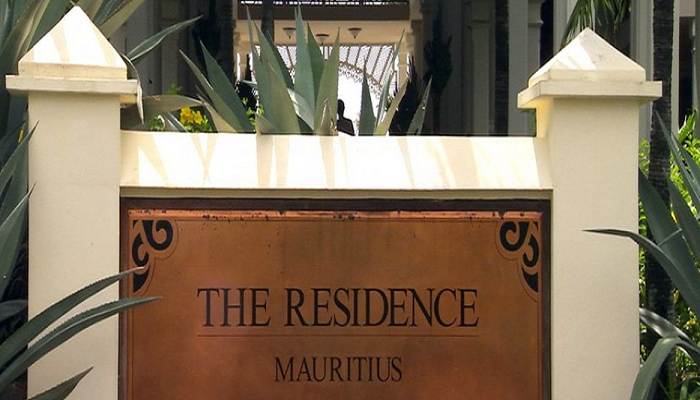 One of Mauritius’ finest 5 start hotel, The Residence Mauritius, is in a soup for asking an employee to not sport a ‘Tika’ for hygienic purposes.

The staffer, however, received support from Hindu groups who plan to hold a prayer session on the beach near The Residence Mauritius on April 15th. As people woke up to the news, many started giving negative reviews to the hotel on Facebook, following which the rating section has been disabled.

But The Residence Mauritius, on its part, is sticking to its stand that not only has it always respected the legislation in force in the country but, in fact, right from the induction process
(professional initiation of a personnel into its fold), all teams have been informed of the dress code.

The Residence Mauritius also stated that the issue of visible religious symbols is addressed by telling the employees about exercising discretion. For example, the sindoor or the mangalsutra are allowed, but not tika.

This is done, as in some departments, such as in the kitchen or in the restaurant, wearing tika could lead to a situation where hygiene may get compromised.

The Residence Mauritius also added that each time the dress code gets broken, the employee is alerted by the management, after which he/she has a minimum of 24 hours to comply with the rules. A warning is only served if the employee is repeating the mistake.

The hotel has refused that it engaged in any type of discriminatory practices.

In its press note, the hotel also warned of legal action against persons/ groups whose words could be detrimental to its image.

Meanwhile, Soodesh Callichurn, who is the head of Ministry of Labour, Industrial Relations, Employment and Training, is trying for a breakthrough but it is still a difficult task.

The Ministry in a press note said that it had brought together all parties involved in this case and also solicited the public prosecutor’s opinion on the matter.

It also said that the position of the public prosecutor’s office had been communicated to the said hotel by the minister of labour, but, it noted that it (the hotel) did not want to comply.

The press note stated that in the face of this refusal, the ministry has initiated legal proceedings to prosecute the employer for non-compliance with article 4 of the employment rights act, which protects an employee against any form of discrimination at work. The case was also referred to the police commissioner and the National Human Rights Commission.