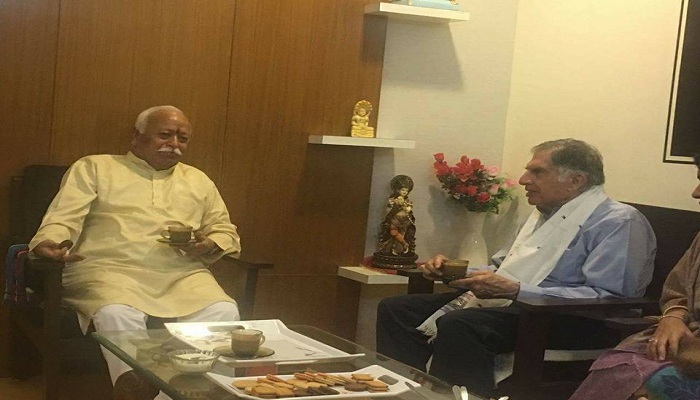 Ratan Tata is embroiled in a fierce dispute with the ousted Tata chairman Cyrus Mistry whose charges against him and other senior leadership has given ammunition to senior BJP leader Subramanian Swamy.

While the other details of the meeting have not emerged, it seems that it was more than a courtesy call as it especially comes at a time like this.

Cyrus Mistry has accused Tata that there were ethical and governance breakdown in the Tata group on which Ratan Tata did not work on. These accusations made Dr Swamy to demand a fair probe. Dr Swamy is a much-respected figure in the RSS as well as the BJP.

Under attack from several quarters, this visit, therefore,  assumes much significance considering the hold of RSS on the BJP government.

Here are the pics of Ratan Tata meeting Bhagwat at Nagpur: