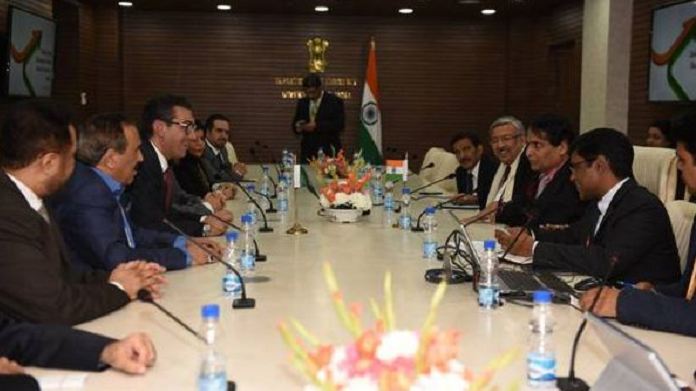 During the discussions, Commerce Minister said that India’s energy security is ensured due to the continuous and uninterrupted supply of petroleum products from Saudi Arabia. But now it is time for both the countries to go beyond petroleum and diversify into new products, businesses and regions.

Suresh Prabhu further said that opportunities are endless for both countries to collaborate and work together in new regions like Africa. Both Saudi Arabia and India have to now look beyond the Gulf region and explore new markets.

Commerce Minister welcomed Saudi investment in businesses like medical implants, agro- processing, education and other sunrise sectors and stated that this will not only help India but also benefit Saudi Arabia in expanding business opportunities.

Suresh Prabhu informed that India too is looking to invest in Saudi Arabia so that the relations between the two nations are taken to new heights. For this 8 working groups have been set-up to identify companies in Saudi Arabia and India who can work together. Suresh Prabhu further said that to resolve any issues for Saudi business and investments the Commerce and Industry Ministry has put in place a fast track mechanism to deal with any issues through a single window.

The Saudi business delegation informed Commerce Minister that there is a need to prioritise the SME (Small and Medium Enterprises ) industries of both countries as they are the future of both economies and SMEs will lead to employment generation.

The Saudi delegation consisted of members with interests in IT, logistics, communications, health and waste management.

The business and visit visa fees for the Indian nationals were decreased and fixed on reciprocal terms. Saudi Arabia is the 15th largest market in the world for Indian exports and is destination to 1.85% (2017-18) of India’s global exports. On the other hand, Saudi Arabia is the 3rd largest source (4.74% in 2017-18) of India’s global imports. For Saudi Arabia, as per 2017 data, India is the 4th largest market for its exports, accounting for 8.88 % of its global exports. In terms of imports by Saudi Arabia, India ranks 7th and is source of around 4.13 % of Saudi Arabia’s total imports.