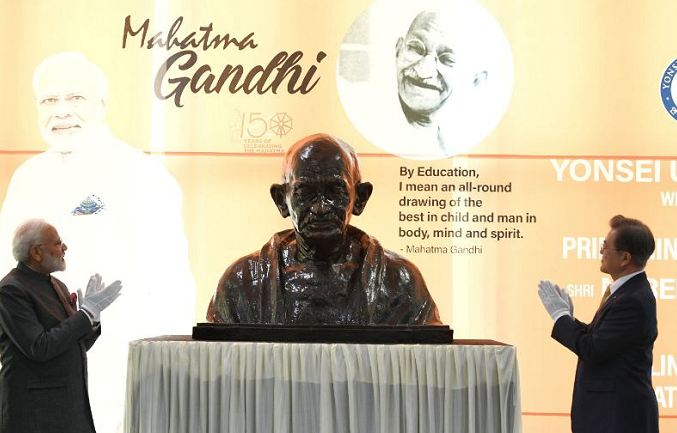 Speaking on the occasion, the Prime Minister described it as an honour to unveil the bust of Bapu at Yonsei University.

This becomes even more special because we are doing so at a time when we mark the 150th birth anniversary of Bapu, the Prime Minister said.

The thoughts and ideals of Bapu have the power to help us overcome the menace of terrorism and climate change, two challenges humanity faces in these times, said the Prime Minister.

Through his lifestyle, Bapu showed what living in harmony with nature is, and how one can minimize one’s carbon footprint. He also showed that it is important to leave a clean and green planet for the future generations, the Prime Minister added.

Yonsei University is among the most prestigious universities in South Korea.

Mahatma Gandhi is revered in South Korea as an icon of world peace.

Mahatma Gandhi: Muslims whose loyalty was with Pakistan should not stay in the Indian Union