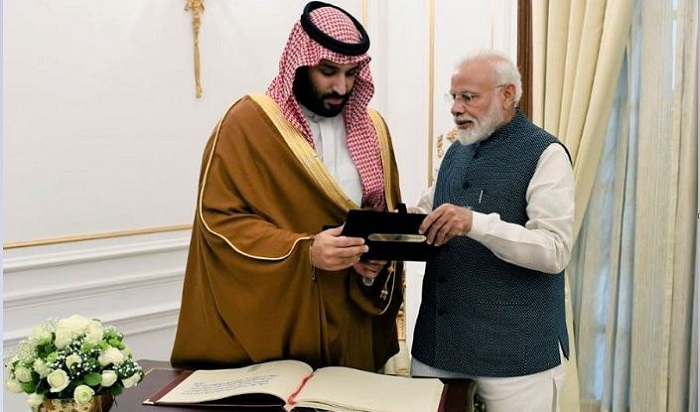 Saudi Arabia is going to invest USD 100 billion in the Indian economy.

Saudi Crown Prince Mohammad Bin Salman Bin Abdulaziz Al Saud was in India yesterday and he oversaw the signing and exchange of the agreements.

Saudi investment will be in areas like energy, refining, petro-chemicals, infrastructure, agriculture, manufacturing, tourism, housing and information, and broadcasting. A total of 5 documents were exchanged between the two countries.

Saudi Prince also spoke to reporters and said that the relationship between India and Arabian peninsula is in our DNA and that the Indian people are part of building Saudi Arabia.

The Crown Prince of Saudi Arabia has ordered the release of 850 Indian prisoners lodged in Saudi jails at the behest of Prime Minister Narendra Modi.

Saudi Arabia had a total of 2046 Indian prisoners. This information was given by M. J. Akbar, the ex-Minister of State for External Affairs, in a written reply to a question in Lok Sabha in the July of 2017. There is no information at present as to how many prisoners are there in the jails of Saudi Arabia now.

Saudi Prince also agreed to increase the quota for Indian Haj pilgrims to 200,000 at the request of PM Narendra Modi.