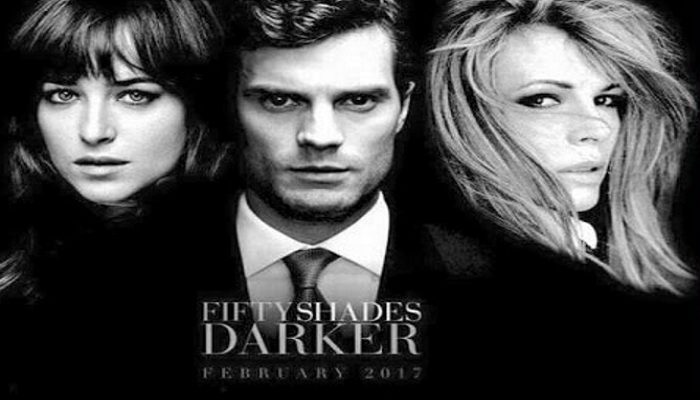 The trailer for the movie Fifty Shades Darker is every bit the ‘darkness’ and ‘raunchiness’ that we expected.

The movie will be in the theaters on February 10 2017 and will probably draw masses as its release is near the Valentine’s Day.

Jamie Dornan and Dakota Johnson will reprise their roles of Christian Grey and Anastasia Steele respectively in the movie Fifty Shades Darker, which is based on the second chapter of the bestselling “Fifty Shades.”

The 2015’s blockbuster film grossed more than $560 million globally and was a massive hit in India.

Fifty Shades Darker will show a wounded Christian Grey trying to entice a cautious Ana Steele back into his life, while she would demand a new arrangement before she will give him another chance.

As the two begin to build trust and find stability, shadowy figures from Christian’s past start to circle the couple, determined to destroy their hopes for a future together.

Fifty Shades Darker is directed by James Foley (previously directed Fear, House of Cards) and once again produced by Michael De Luca, Dana Brunetti and Marcus Viscidi, alongside E L James, the creator of the blockbuster series. The screenplay is by Niall Leonard, based on the book by James.