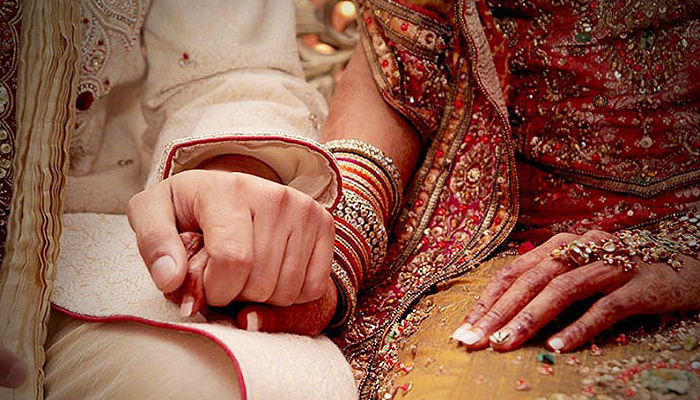 A team of 12 Pakistani researchers has concluded that the reason for mental retardation in the Pakistani population is the prevalence of the cousin marriages.

The researchers were from the Shaheed Zulfikar Ali Bhutto Medical University (SZABMU), Islamabad, and they collaborated with the scientists from the Netherlands and the USA for this pathbreaking report on the impact of the cousin marriages. Last Tuesday the report was brought to light and the research already found its place in the prestigious science journal, Nature’s Molecular Psychiatry.

What the report states on the cousin marriages

This research report says that it has discovered 30 genes that were responsible for causing mental retardation and intellectual disabilities in the population.

Vice Chancellor of the Shaheed Zulfikar Ali Bhutto Medical University, Dr Javed Akram hailed the Pakistani researchers for their efforts calling it a ‘landmark discovery’ and also said that the ‘mental retardation is high due to cousin marriages.’ Dr Akram was also part of this team.

To check the full report and its findings, click here.

Cousin marriages are common in Pakistan but its impact on the population has been a subject of controversy and hardly any debate happens on this. The researchers are hoping that with this report out, the situation may improve and better medical facilities will be available for those affected by it.

Cousin marriages among Pakistanis ring alarm bells even in the UK

Baroness Flather made headlines last year when she said that the first cousin marriages among the Pakistanis were leading to disabilities among the children. She even wanted the couples to undergo DNA tests first to ensure that the issue of incest could be controlled.

Check out how many people in Pakistan suffer from mental disorders

She had then called the situation ‘absolutely appalling’ and she especially singled out the Pakistanis coming from its occupied Kashmir.

The British citizens of the Pakistani origin account for a mere 3.4 percent of all births in the UK, yet they account for 30 percent of the children born with recessive gene disorders.

In Bradford, the Pakistani population is mere 15% yet a whopping 55% are married to their first cousins.