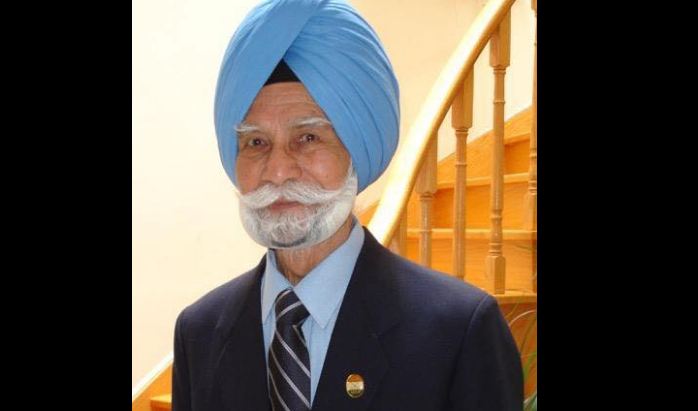 Akshay Kumar’s upcoming film Gold has won the heart of none other than veteran hockey player Balbir Singh Sr. In a blog he spoke his heart out.

We are presenting the letter verbatim:

THE GREATEST DAY IN THE HISTORY OF INDIAN SPORTS!

INDIA participated in 1948 London Olympics AS AN INDEPENDENT COUNTRY FOR THE VERY FIRST TIME!

On 12th of August, 1948 -Indian Hockey Team Played the Olympic Finals against Britain at Wembley Stadium, London & won!
-It was the FIRST EVER match in the Olympics between former Champions ( our former rulers) England & ( their “GULAMS” just a year before!) INDIA and that too, in their capital city of London!

I was part of this Olympic Victory since the first two goals were scored by my stick within 15 minutes which pumped up the morale of Team India and resulted in Olympic Gold for INDIA!

As a 24-year-old – it was my debut appearance in Olympics! It was a great moment to be able to contribute towards the honor of Tiranga! I still remember OUR TIRANGA going up…it felt as if I am flying higher and higher along with the Flag & The National Anthem sounded so sweet to the ears!It was a great moment, cannot be explained in words – the actual feeling can only be experienced! In my heart, I remembered & finally understood my freedom fighter father’s words who always talked about free India -our own National Flag and our National Anthem !

I am pleased that with the forthcoming Akshay starrer movie called GOLD  is inspired by the gold medal winning 1948 Olympics INDIAN hockey team.

More importantly, & hopefully, the movie will familiarize our younger generations with golden Historic Facts & I will be able to re-live some special moments of my life!

Gold is releasing on Independence Day and has the talent of Mouni Roy, Amit Sadh, Kunal Kapoor and Akshay Kumar.