Kangana Ranaut is gearing up for Manikarnika in which she will be portraying the fiery Jhansi Ki Rani. The actor is also spending time with her family but also took out time to go for photoshoots. While the clothes are little too glittery for comfort (who wears such gaudy clothes these days?), we cannot deny that the Kangana looks resplendent what with that peach-like glow!

Kangana Ranaut is considered a strong actor in Bollywood and therefore, fans are hoping to see how she will portray the legendary warrior queen who took on the full might of the cruel British empire.

Here is Kangana Ranaut in the wedding glitter:

Kangana Ranaut has dated many actors and non-actors in the past but her feud with Hrithik Roshan was the one that caught the imagination of the nation. 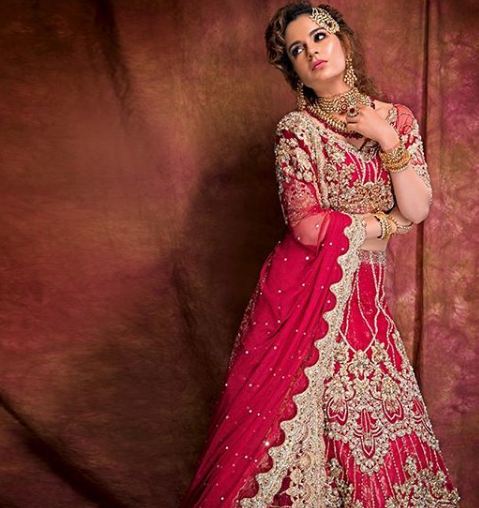 Adhyayen Suman, who she was in the relationship earlier, later had much to say about his relationship with her, even going as far as accusing her of using black magic!

However, everyone seems to have moved on from the feud and all seems to be going well for everyone.

Manikarnika project is going to be an acid test for the ‘Queen’ actor, as she is the lead in the movie set on a revered character.  We wish her the best!