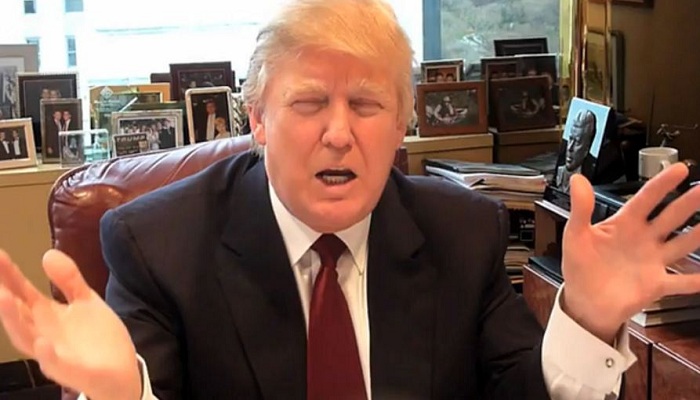 Rishi Kapoor wrote not one word but instead posted a picture on his Twitter which is good enough to know what he thinks about Donald Trump and his candidacy.

While many in India like the Republican Party’s candidate yet he reminds one of the dark days of the Bill Clinton era when women told sordid tales of sex, cheating and perversion almost every day!

Here is what Rishi Kapoor posted that shows a cat all covered up and alert in case Donald Trump tries to grab it.

This clip would show how Donald Trump talked about women. At one occasion he said that about the women as “They let you do it. You can do anything. Grab ’em by the pussy.”

“They let you do it. You can do anything. Grab ’em by the pussy.” There is much more in the tape that has now sparked widespread outrage. Rishi Kapoor indeed has his timing right on this one!

Why is everything named after Gandhi family, asks Rishi Kapoor

Nude pics of Melania Trump are not embarrassing, something else is

Melania Trump: Stunning pics of the lady behind Donald Trump