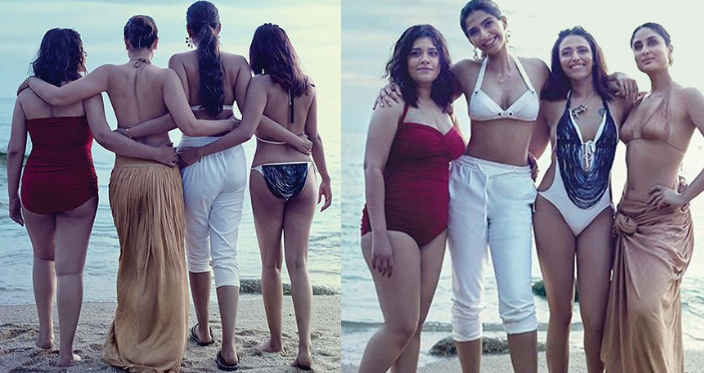 Veere di Wedding actress Swara Bhasker left many Pakistanis stunned after she quipped that Pakistan is a ‘failing state’ in an interview with Rajeev Masand.

The  Veere di Wedding actress was talking about the recent ban in Pakistan on her latest film which has the star power of  Kareena Kapoor Khan, Sonam Kapoor and Shikha Talsania.

“They’re [Pakistan] a nonsecular state. I’m not surprised at all. Why should we hold up Pakistan, which is a failing state — I don’t understand why we keep taking pleasure and feeling a sense of self-worth from all the silly things that happen in Pakistan. Apologies to all my Pakistani friends right now. Rest assured, Pakistanis have way worse vocabulary than we do. I know.”

These Pakistani models are redefining ‘sexy’

A Pakistani actor named Urwa Hocane took to task Swara Bhasker on her statement and wrote:

Pakistan is the country that you referred to, in 2015, as the “Best country you have ever visited” and it has only gotten better in the last few years in every aspect along with when it comes to having bigger hearts and welcoming our guests.

This only reflects on u as an ignorant person who is also quite contradictory in her own statements. It’s not a failing state for sure but u come across as a “Failing Human Being.”

Veere di Wedding actors Sonam Kapoor had earlier said that she is keen am keen to visit Karachi as she has Pakistani blood in her veins.

She made this statement when Fawad Khan and Sonam Kapoor attended the Beating Retreat ceremony to promote their film ‘Khoobsurat’.