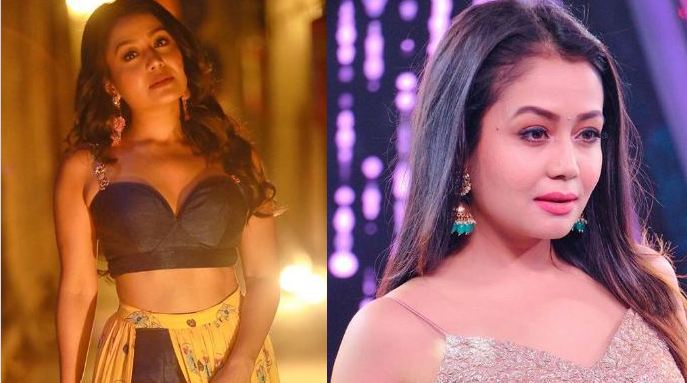 Neha Kakkar is one of the best singers of our times.

The singer should have been celebrating another hit song ‘Aankh Marey’ from Simmba but that is not the case!

Our sweet Neha Kakkar is suffering from depression making her fans worry about her health. Neha took to Instagram to wrote:

“Yes I am in Depression. Thanks to All the Negative people in the world. You’re successful in giving me the worst days of my life. Congratulations you’re successful!

Lemme make it clear. It’s not bcz of One Person or two, it’s coz of the World who’s not letting me Live my personal life. I’m thankful to everyone who love my work or me but people who talk Rubbish about Me without even knowing how I am or what I’m going through giving me a hard time.. I beg plz Let me live happily, I beg Plz don’t be Judgemental, I beg Plz Le Me Live!”

We can feel her pain when she wrote all this. There were rumors that her recent break-up with Himansh Kohli has hit her bad.

Kohli had come on to the ‘Indian Idol 10’ to profess his love for Neha Kakkar but recently, speculations of trouble in the paradise started doing rounds after a video from the sets of the show showed Neha crying.

We wish Neha Kakkar the very best and hope she will be back with a smile. Depression is a serious problem.

When Neha Kakkar hated being a celebrity

As per the World Health Organisation’s Report “Depression and Other Common Mental Disorders – Global Health Estimates” released in 2017, the estimated prevalence of depressive disorders in India is 4.5% of the total population.

While the Central Government conducted the National Mental Health Survey through National Institute of Mental Health and Neuro Sciences, Bangalore in 12 states of the country. As per the survey, the prevalence of depressive disorders in India is estimated to be 2.7% of the total population.