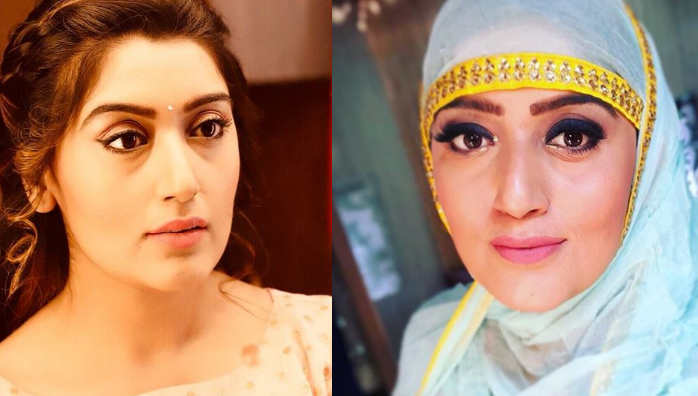 Yeh Hai Mohabbatein actor Shireen Mirza is a hassled young lady simmering with anger. The actor of the hit Star Plus show ‘Yeh Hai Mohabbatein’ has been denied a house and she believes it has a lot to do with her being ‘a Muslim, a bachelor, and actor’. The young actor who plays Simmi in the show and is wrecking lives of Raman and Ishita, took to social media to explain her situation she said:

“I don’t deserve to get a house in Mumbai because I’m M B A ( MUSLIM, BACHELOR, ACTOR).
This pic was taken when I came here with a dream of living in Mumbai and now After spending almost 8 years in this city, this is what I get to hear. Firstly, Yes I’m an Actor and I do not Smoke or drink and I have no criminal records. So, How can they judge my character on the basis of my profession?

Second, I’m a bachelor and when I call brokers they ask me higher rents for the flats which are available saying Pay extra or u won’t get it since ur a Bachelor. My question is a nuisance can be created by families too???

Blasphemy against Islam leads to the arrest of a man, several Hindu houses attacked

Third, I called up another person and they ask me whether I am a Hindu or a Muslim and reverted back with an answer that Muslims are not preferred. They also mentioned that take the flat on your friend’s name who’s not a Muslim. I mean what’s in a name??? There’s no difference in the blood.

Renting or buying a property in the city that never sleeps. Mumbai which prides itself on its cosmopolitan character is divided on basis of religion, profession and marital status?? I’m shocked to see that Mumbai which has given me so much that I don’t stop praising about Mumbai by calling it Aamchi Mumbai still doesn’t have a place for me and so many of us coming from out of town still struggling with identity crises.

With a heavy heart and after many refusals my question is
Do I belong to this city ??”
Sewer cleaner dies as fasting Muslim doctor refuses to touch his ‘filthy’ body