Neetta Karkhanis, who is working with Air India met Maneka Sanjay Gandhi, Minister for Women and Child Development regarding her complaint under the Sexual Harassment of Women at Workplace (Prevention, Prohibition and Redressal) Act 2013. The Minister has taken up the matter with Minister for Civil Aviation. The Minister has also spoken to the head of the Internal Complaints Committee of Air India and has directed her to complete the inquiry within June, 2018.

The air hostess has accused a senior executive of sexual harassment at workplace and has written a letter to the civil aviation minister Suresh Prabhu, copying Prime Minister Narendra Modi on it. Responding to the letter, the aviation minister has also tweeted, “Asked Air India CMD to immediately address the issue. If necessary, will appoint another committee”.

In her complaint, she had called the situation equal to ‘if not worse than Harvey Weinstein and Bill Cosby put together. Harvey and Bill have become poster boys of sexually predatorial behavior in Hollywood and also that the Air India’s woman cell failed to discharge its duties effectively. The lady chairperson who the survivor spoke to even said that the man in question has even flirted her many times.

Take a look at her complaint: 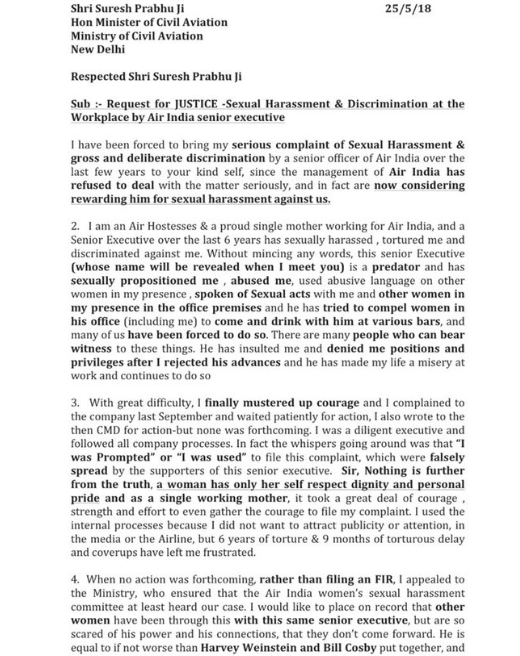 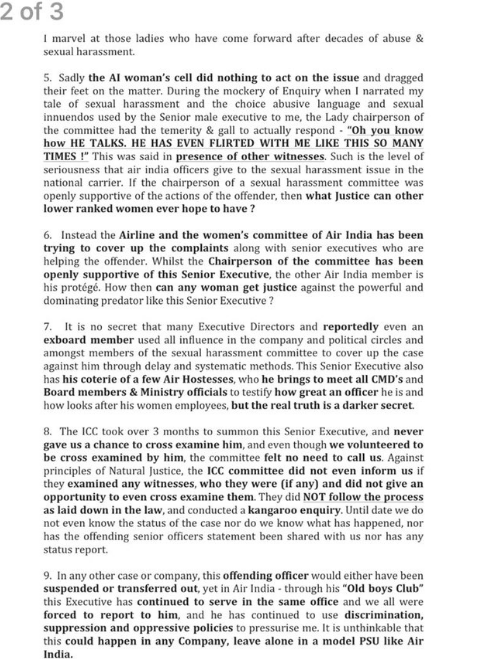 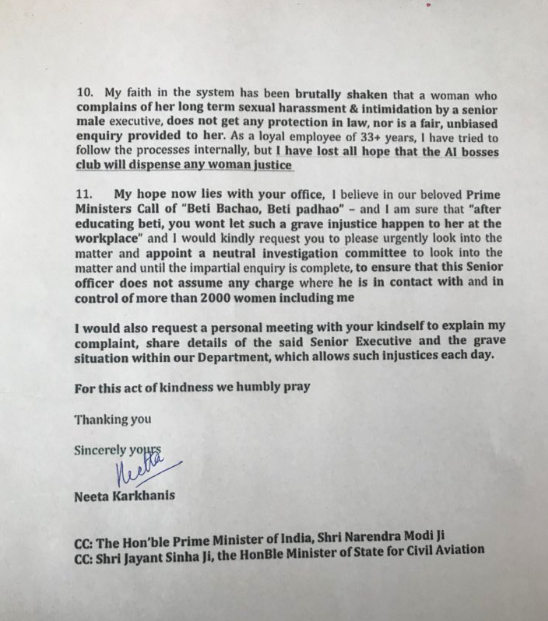 What was Air India thinking when it blocked Omar Abdullah?