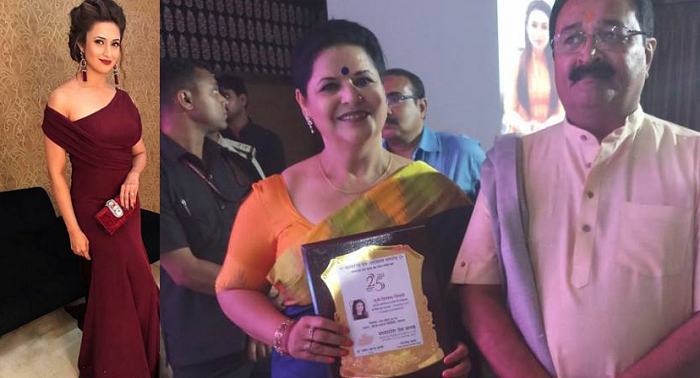 The actress was recently felicitated with an award by Chief Minister of Madhya Pradesh, Shivraj Singh Chouhan for her outstanding performance in the field of acting.

While Divyanka Tripathi Dahiya couldn’t go to Madhya Pradesh to personally to collect the award, her parents went to receive it on her behalf.

No Feeling can be better than seeing your parents receiving an award on behalf of their Creation!

She also thanked the Chief Minister Shivraj Singh Chouhan for this honour but misspelled his last name and wrote it as ‘Chauhan’ (which is wrong, we hope she rectifies it soon). 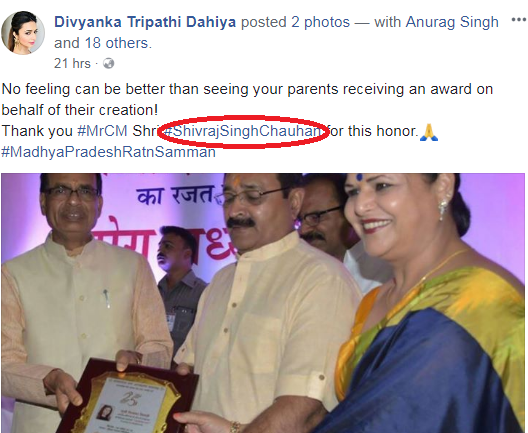 Take a look at the pictures from the ceremony which was attended by her parents: 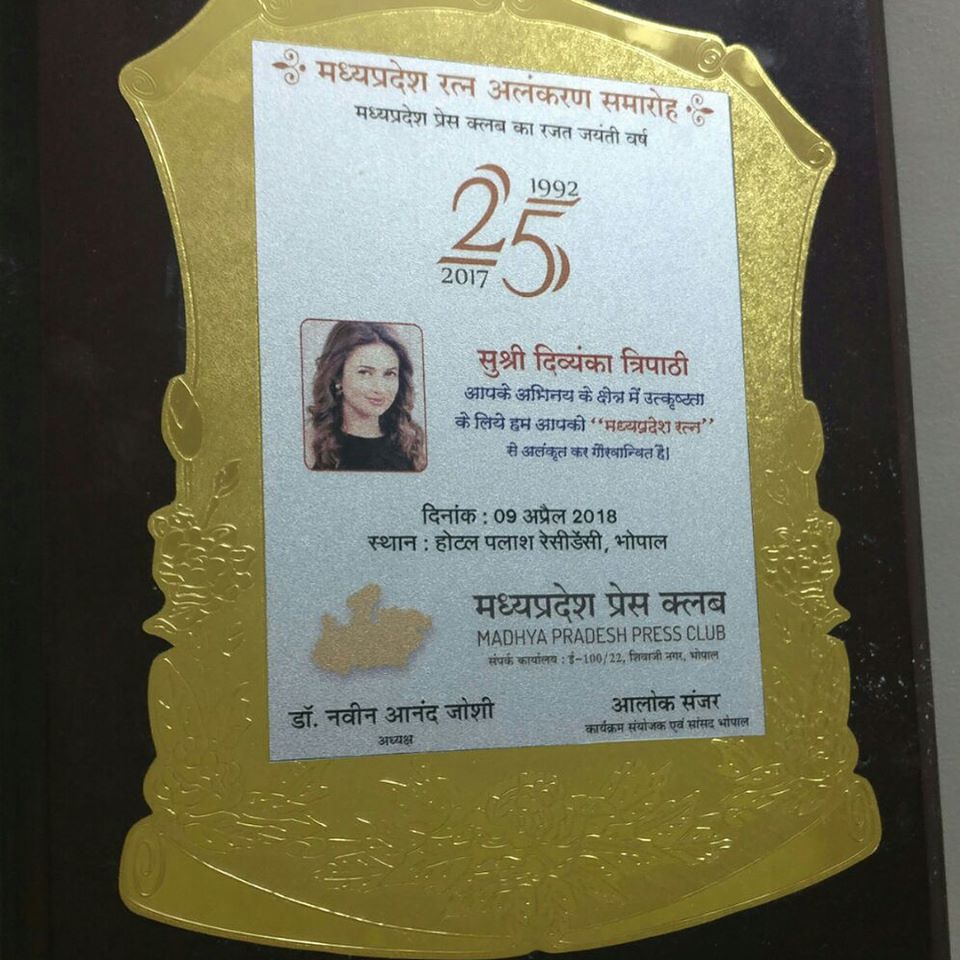 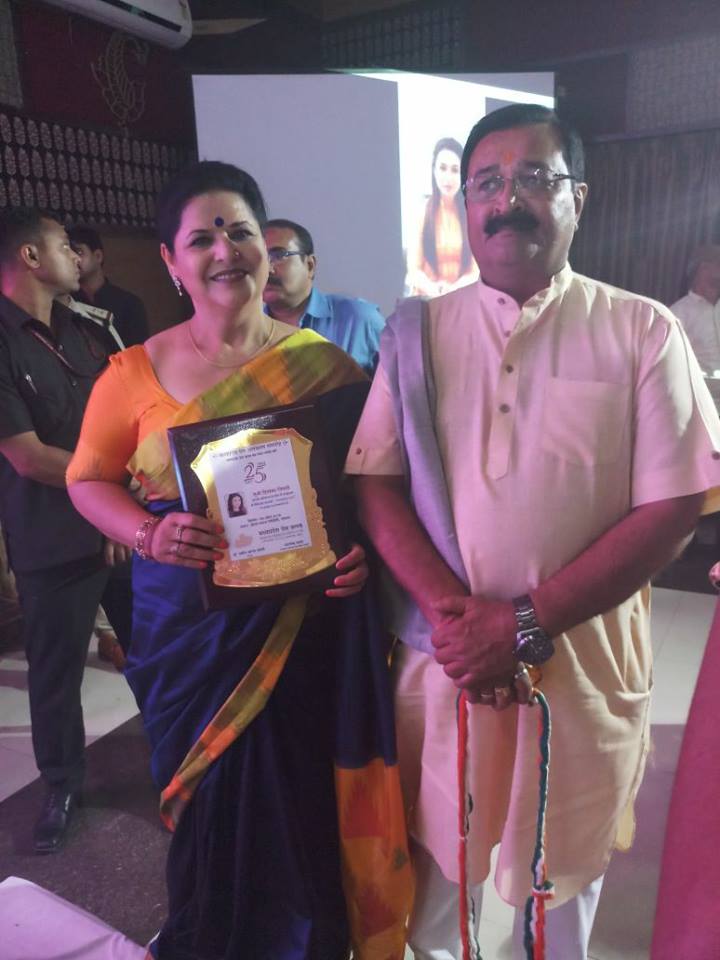 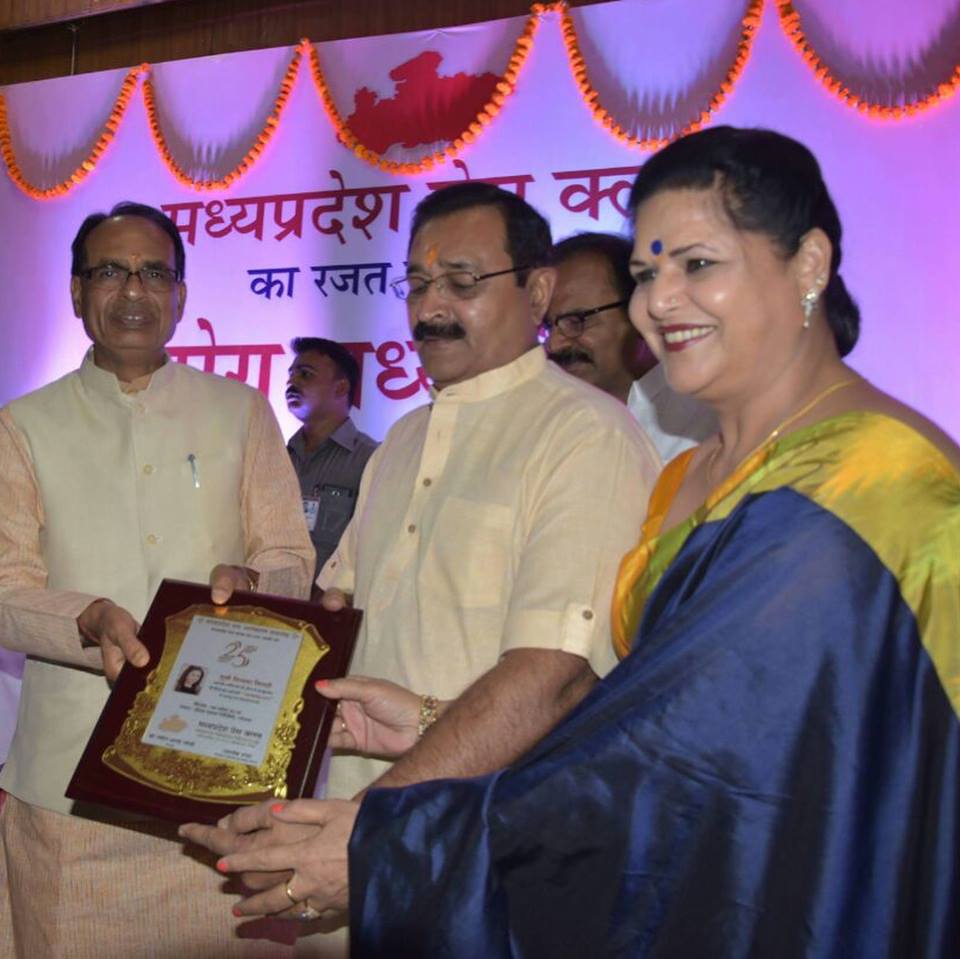 Divyanka later shared a video, where she thanked the government of her state for bestowing her with this honour. In the video, she said, that she is happy with the progress of her state and is forever grateful for all the love showered upon her.