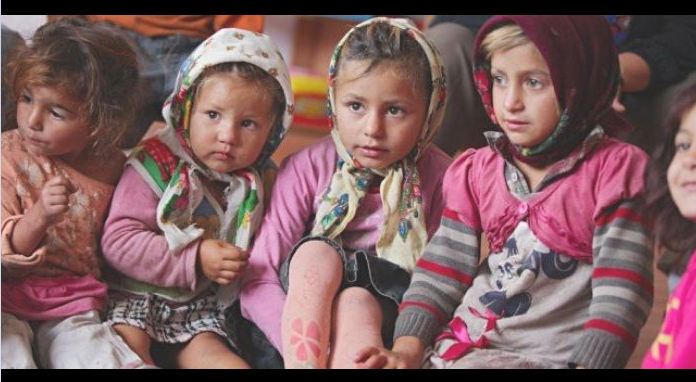 New Delhi, April 30, 2020: Roma or the Romani community is one of Europe’s most disadvantaged communities.

Standing somewhere at 10-12 million, the community is also one of the most marginalized and persecuted. And as Coronavirus knocks, the situation of the Roma community is turning worse with the European countries using the pandemic as an excuse to deny basic human rights including easy access to sanitation technically every person, including a Roma, should otherwise enjoy.

Antiziganism or anti-gypsyism is used to describe the hostility, prejudice, discrimination, or racism specifically directed at the Romani people and Europe is doing exactly this but not with a bang but a whimper.

So who are the Romas?

Marginalized and poor, the Roma people once called India their home.

Even India’s much loved and celebrated Foreign Minister Late Sushma Swaraj sung praises of their fortitude at the International ROMA Conference and Cultural Festival when she called the Romas “children of India who migrated and lived in challenging circumstances in foreign lands for centuries.”

But even she could not have foreseen the challenge of survival that Romas now have to face especially in Europe and at a time like this.

Racial profiling, denial of clean water, and police violence are just the tip of the iceberg that Romas are braving right now.

What Europe is doing to the Romas right now in the face of a pandemic, would remind many of the murderous regime of Hitler that led to the killing of some 5,00,000 men, women, and children, of the Roma community.

This is when the majority of the Romas are now Christians while some have taken to Islam, perhaps to better assimilate in Europe, but not even religions that teach piety and brotherhood, seem to be softening the European states.

The many problems of Romas

Jonathan Lee, Advocacy & Communications Manager at the European Roma Rights Centre explains the problems that the Roma communities continue to face amid the coronavirus.

He says, that the main problem faced by the poorest Romani people is the lack of access to clean environment and water.

Lee tells me that while the WHO recommends hand washing as the main preventative action which means that everyone must have access to clean water. However, he says that about a third of all Romas in Europe have no access to tap water inside their homes, and often, even if there is a water supply in an area, the Romas are denied their share.

Europe would like the world to believe that it champions human rights. But when it comes to its own Roma citizens, its unhinged discrimination is visible to anyone with a conscience.

Lee also says that when it comes to discrimination against the Romas, the East, and Western Europe are nearly equally guilty.

He says both the East and the West have played their part and the situation of the Romas is likely to ‘get worse with this COVID-19 pandemic.

Discrimination against Romas exacerbated by the pandemic

Coronavirus has revealed that Romas remain on the fringe of European society with little to no thought applied on how to provide them with relief in a trying time like this.

Bulgaria and Italy have police and military checkpoints placed on Roma neighborhoods to control their movement.

In Slovakia, the government attempted the same thing, Lee says. If there is a case of Coronavirus breaking out in these really poor neighborhoods, rather than treat these people as individual cases and quarantine them, the government is imposing lockdown of the entire neighborhoods effectively ghettoizing the community further aiding in the spread of the virus.

Lee says that after the lockdown of communities ‘no one checks whether social distancing is even being practiced’ as advised by the WHO.

Then comes the hate speech against these impoverished people, which led Helena Dalli, European Commissioner for Equality, to condemn the rise of “online hate speech and fake stories against Roma” community.

She has also warned that the pandemic is creating ‘complex challenges and greater risks for Roma communities’ requesting urgent measures to support them.

But it seems Europe is not done.

Marija also elaborated that such is the situation that, for the Romas even the provision of food aid and the disbursement of welfare benefits are being endangered, because some politicians continue to blame the Roma for the spread of the virus.

But all of this is falling on deaf ears and, yet again, European Romasfbeen stand on shaky ground, in the 21st century.