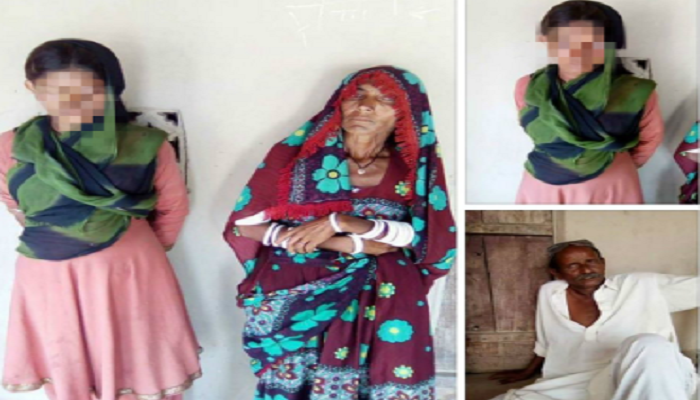 A 14-year old Pakistani Hindu girl, Kakoo Meghwar, was raped by a landlord of the area, 48-years old Gul Hassan on August 21, 2016. The case is from District Umerkot.

The raped Pakistani Hindu girl is the daughter of Satram Meghwar and was taking tea to her family members who were working in the agricultural field nearby when the elderly 48-year old Gul Hassan seized her, beat her up, and then took her to the fields to rape her.

Her cries for help alerted her father Satram Meghwar who went to help his daughter, but Gul Hassan refused to release her and instead attacked him with force leaving him bruised, battered and with a broken rib . But the Pakistani Hindu girl’s family has been raising their voice for justice and refuses to back down in a display of courage that has the landlords. As a result, the accused was arrested that day and the minor Pakistani Hindu girl has already undergone medical in the Sanghar’s Civil hospital.

In Pakistan, maximum Hindus live in the rural areas and are very poor. The rich Muslim landlords prey on the young girls of Hindu communities as they are seen as helpless. In this case, as well, there was a huge pressure on the family of the  Pakistani Hindu girl to not launch a formal case against the perpetrator who enjoys strong political connections.

Meghwar, Bheels, and Kolhi among the Hindus are the worst affected of the communities when it comes to sexual violence and rapes.

MinorityVoices.Pk has reported this case we at Currentriggers.com have translated in the English language, however, the mainstream Pakistani media rarely takes up these cases of minority persecution.

Due to religious persecution, families of the Pakistani Hindu girls and boys are migrating to India.

You May Also Like:
With Sindh occupied, Hindus in Pakistan are seen as Enemies
Malala stands up for Pakistani propaganda fails to stand up for Pakistani minorities
Pakistani Hindus celebrate National Minorities Day with protest against forced conversion