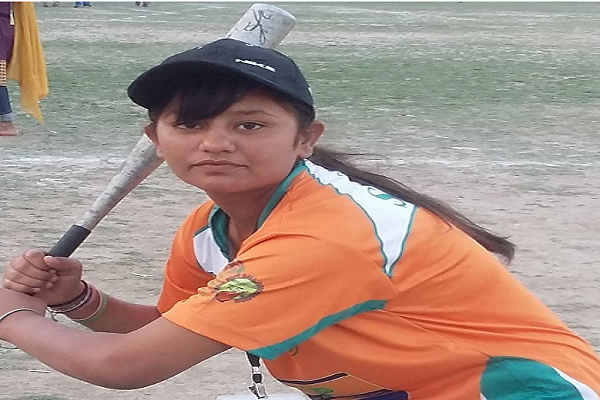 While every day we hear cases of the minority persecution of Pakistan, yet the community is still trying to stay positive even in the worst of times. A Pak Hindu girl named Tulsi Meghwar has become the first Hindu girl who has played in a state level sports!

On 16th April 2016 in Quetta, where the 13th National Softball Championship was organized, all eyes were on the Pak Hindu girl.

The Pak Hindu girl Tulsi Meghwar is a standard 7th student and she was part of the Sindhu Softball Team. This team has earlier defeated the Baluchistan, Punjab, Islamabad and KPK but it did lose in the final.

Tulsi’s own record was also good during the games but her selection surprised the community and also made it feel proud of her achievements.

A Pakistani website minorityvoices.pk reported the news which we at Currentriggers.com have translated in the English language.

But the Pak Hindu girl is unlike anyone else and is a known tomboy who does not mind participating in the games despite coming from a very poor family.  Her mother Yamuna works from home and does stitching and embroidery while her father Harji is Matric pass and has always encouraged his daughter to participate more and make her own life, something he could not do. He also works in a local Sindhi newspaper as a journalist. He is very proud of his daughter and her achievements at such a young age!

However, the parents were always worried sick as news after news poured in of young Hindu girls getting abducted and forced to convert never to be heard of or seen again by anyone.

Tulsi was 4-years old when she was put in a school and she plays with boys as well, another rarity in the Islamic nation where the two sexes are often segregated.